All trustees must be present for a valid decision 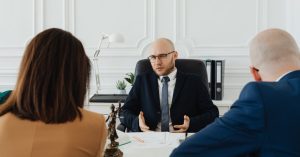 Our law does not provide for a sleeping trustee. If you are a trustee of a trust you have many duties and responsibilities. Sometimes people do not realise that a trusteeship also comes with legal obligations that they must be thoroughly familiar with.

In the case Steyn & Andere NNO v Block Pave (Edms.) Bpk. the trustees of the Steyn Trust took action against Block Pave for arrear rental. Block Pave, however, advanced several technical points, the most important of which was that the correct procedure was not followed when the action was instituted. The facts revealed that only two of the trust’s trustees were present at a meeting where it was decided to sue for the arrear rental. The third trustee had already been side-lined and marginalised by the other trustees for some time and was no longer part of decisions of the trust. The third trustee was not even aware of the meeting where it was decided to sue Block Pave.

The court found in favour of block pave and emphasised that for a trust to function properly it was essential that all the trustees had to participate in full in all the activities of the trust. This means that one of the trustees cannot be pushed aside or ignored.

If the decision is properly interpreted it would appear that the third trustee would in any case have been outvoted should he have attended the meeting, but even this fact does not allow the trust to escape the responsibility of having all the trustees present in the decision-making.

The safest route for all trusts is to recognise all trustees and to make sure that agreements are confirmed by all trustees. If one of the trustees is not fully conversant with the contents of a contract, that contract can be declared null and void.

Claim from the state should my car be damaged by pothole?

Mistakes to avoid when drawing up a will.

Some deeds of sale for fixed property can be cancelled

Guard your tongue when in court