WerkNet
Your Family
Your Career
Your Health
Your Money
You and the Law
Occupational Guilds
Solidarity Youth
S-Leer
Home › Articles › Am I entitled to my property’s scenic view? 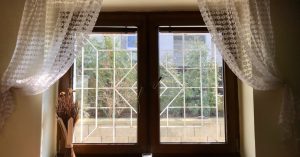 Owners are constantly buying property with a beautiful view. Is an owner entitled to the beautiful view he had at the time of the purchase? What can he do if his neighbour erects a big building that obstructs his view? This is a regular dispute in court cases. What does the law and rules have to say in this regard?

A recent case Gerstle and Others v City of Cape Town and Others (A484/2015) [2016] was about a similar dispute after homeowners lost their view of Table Mountain.

The applicants were the owners of houses in the Mill Row housing development, a development that consists of two rows of houses, with eight single-storey houses in the first row and eight double-storey houses in the second row. The architect of the Mill Row development intimated that the property was specifically designed to give each property a view on the sea on one side and Table Mountain on the other side. Two owners in the first row of houses began upgrading their houses to double storeys. The owners had submitted their plans to the Cape Town city council and the plans were approved. The owners of the single-storey houses approached the court for an order to cancel the city council’s approval of the plans. The conversion of the properties to double storeys would not only have left the applicants without their view on Table Mountain, but would also lead to a substantial drop in the value of their properties.

The applicants held that the building plans did not comply with the relevant legislation and that they had a valid expectation that the single storeys could not be converted to double storeys.

The court of first instance, and later also the appeal court, declined the applicants’ claim. The reason in the first place was that the plans were consistent with the architecture of Mill Row, as well as in accordance with the zoning scheme of the relevant area. Secondly, the court held that there were no limiting conditions in the title deeds or the home owners’ association’s constitution that regulated the height of the property. The architect’s intention to give all the owners a view on the sea as well as Table Mountain was only an intention and was never converted into an enforceable right. The court was also not satisfied that the applicants had a substantive valid expectation that the houses would never become double storeys.

Potential buyers should therefore do their homework properly before buying a property. Make sure that there are enforceable rights with regard to any type of view rather than the architect’s good intentions.

What gets precedence over a debtor’s assets?

Be careful of extending your lease

The voetstoots clause in the deed of sale of a house