WerkNet
Your Family
Your Career
Your Health
Your Money
You and the Law
Occupational Guilds
Solidarity Youth
S-Leer
Home › Articles › Am I obliged to report a crime?

Am I obliged to report a crime? 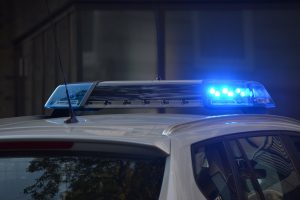 Example: John walks down the road and sees a break-in at one of the houses. Is John obliged to report the crime? This question is regularly asked by the public.

No person, in general terms, is obliged to report a crime. There are, however, exceptions to this rule. A broad distinction can be made between two types of crime, viz. common-law and statutory offences.

The so-called common-law crimes are, for instance, treason. If a person is aware that treason is taking place, he has an obligation to report it. If he does not do it, he himself can be charged with treason.

In contrast with this, in the case of statutory crimes, there are many types of crimes in which you as a member of the public are expected to report it if you are aware of a crime. One such an example would be in terms of section 10 of the Protection of Information Act of 1982. Another example is section 17 of the Drugs or Drug Traficking Act (Act 140 of 1992). In these cases you have an obligation, without being requested to do so, to report it or else you would be an accessory to a crime.

As far as the rest of the statutory crimes are concerned, the person has a discretion as to whether he wants to report it. Until such time as the police request you to reveal it you are under no obligation.

How is the accrual dispensation handled in a will?

What is an ombudsman and how do I reach him?

Bequeathing firearms in a testament and safekeeping thereof

Who should be notified of possible retrenchments?