WerkNet
Your Family
Your Career
Your Health
Your Money
You and the Law
Occupational Guilds
Solidarity Youth
S-Leer
Home › Articles › Can a director and/or shareholder be forced to sell shares? 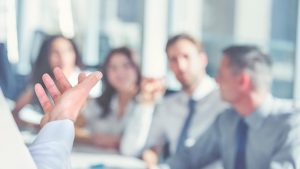 It happens fairly often that two or more persons start a business together but after some years realise that the choice of the person or persons with whom the business was started was/were the wrong choice The question now is whether a shareholder can be forced to sell his shares?

Section 136 of the Companies Act (Act 71 of 2008) stipulates that a shareholder or director of a company may approach a court for relief where the dealings of a company or associated person caused the applicant to be wronged or where his interests were not properly taken into consideration. The court may therefore in terms of this section make any order it deems fit in the circumstances. This includes forcing a director to sell his shares to present shareholders.

This is a very drastic intervention and available not only to the shareholders of a company; the Close Corporations Act (Act 69 of 1984) contains similar provisions in sections 36 and 49 of the act.

In a recent court case De Klerk v Ferreira and Others (35391/14) [2017] ZAGPPHC 30 these provisions took effect. De Klerk sold 50% of his shares in a company and member’s interest in a CC to Ferreira. It was later revealed that Ferreira took some of the company’s money for himself and also used some of the agricultural land for personal gain. De Klerk approached the court for relief. The court ordered Ferreira to sell the shares and member’s interest to De Klerk.