WerkNet
Your Family
Your Career
Your Health
Your Money
You and the Law
Occupational Guilds
Solidarity Youth
S-Leer
Home › Articles › Can accused become state witness and then not be prosecuted?

Can accused become state witness and then not be prosecuted? 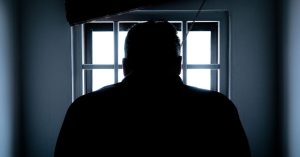 Section 24 of the Criminal Procedure Act 51 of 1977 applies here and is used when the prosecution authority (the state prosecutor) decides to use a person who participated in a crime, to testify against the other co-criminals.

The only real justification that the state can put forward for this, the basis for this occurrence, is that without that testimony they don’t have sufficient other evidence to procure a verdict of guilty against the remaining accused persons. The choice therefore is: either everyone goes free, or they have to obtain the assistance of one of the criminals.

They therefore sacrifice a verdict of guilty against that person for the sake of bringing the others to book. They will of course never succeed in procuring these types of guilty verdicts if the state witness does not benefit from it. This benefit is being absolved from further prosecution.

It is also important to note that before such a state witness testifies, he is warned by the judge or magistrate that he is a section 24 witness and is obliged to answer all questions fully and honestly and give complete testimony, even though it might incriminate him. This means he must relate the full extent of his involvement and not try to diminish it or cover it up. He must divulge all his knowledge about the crime to the court and take the court into his confidence completely.

If the judge or magistrate is than satisfied that the state witness spoke the whole truth, at the end of the case the court will absolve that state witness from any further prosecution for the transgression(s) concerned.

For this witness there is some relief. Should the judge or magistrate be convinced that the state witness did not speak the entire truth, his testimony or declarations he made as part of this action as state witness may not be used against him.