WerkNet
Your Family
Your Career
Your Health
Your Money
You and the Law
Occupational Guilds
Solidarity Youth
S-Leer
Home › Articles › Can an email be a binding contract?

Can an email be a binding contract? 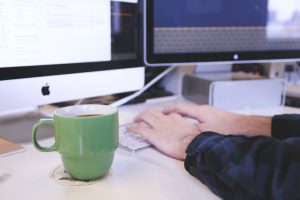 Over the last two decades technology has progressed in leaps and bounds. To some people the concept of email may perhaps not be so formal as putting a pen to paper. A recent case dealt with the question whether emails in general would enjoy the same legal status as documents printed on paper and signed with a pen.

An email is one of the latest means of communication by means of which a contract could possibly be concluded. However, because emails are such a new concept, some people will not regard them as a means of concluding a contract. This could therefore lead to difficult situations where a contract is concluded unintentionally.

Most people see contracts as formal agreements put in writing and signed by the parties concerned, often in the presence of lawyers. The fact of the matter, however, is that a contract is merely an agreement between various parties and the physical form of the contract is not so important.

Therefore, in theory, a contract written on a serviette can be just as valid as one on paper as long as the terms are clearly set out and agreed to and both parties agree about the conditions.

There is therefore a theoretical basis for the idea that an agreement with conditions in an email, formally set out or not, can be a legally binding agreement.

In the case Spring Forest Trading 599 CC v Wilberry (Pty) Ltd t/a Ecowash and Another 2015 (2) SA 118 (SCA) the court was faced by the question whether the cancellation of a number of agreements by means of the exchange of emails between the parties was valid?

The court found as follows:

An email does meet the requirement that amendments should only be in writing and also that the names of the parties as they appear at the bottom of the email can qualify as a signature. The test will be whether the signature used is sufficient to fulfil the function of a normal signature, e.g. the confirmation of identity.

When parties to an electronic transaction make a signature a requirement but do not specify the type of signature, the court says that this will be quite sufficient if the signature used:

– is sufficient to identify the parties’ approval;

– is sufficient to confirm and identify the communicated information; and

– can ascertain who sent me the email.

The names of the people at the bottom of the email used to identify him, therefore qualify as data that can logically be associated with the rest of the email and the court holds that this is quite in agreement with the definition of an electronic signature and is valid. The court further said that advanced signatures applied only where it was required by legislation.

Emails are important documents and the fact that one is identified as the writer thereof is the same as if you signed it.