WerkNet
Your Family
Your Career
Your Health
Your Money
You and the Law
Occupational Guilds
Solidarity Youth
S-Leer
Home › Articles › Can I resign after disciplinary action, prior to sanction?

Can I resign after disciplinary action, prior to sanction? 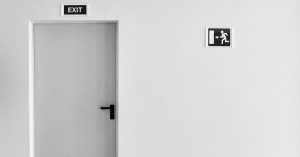 In a recent verdict the Labour Court considered whether an employee who had been found guilty of serious misconduct could avoid dismissal by resigning prior to the employer imposing the sanction.

Mpumelelo Nxumalo, Nivaani Moodley and Shane Johnson of the legal firm Webber Wentzel have written an opinion article regarding the verdict. The Labour Court found that because the employee had already been subjected to a disciplinary hearing and the only outstanding step was the announcement of a sanction of dismissal, the employee’s resignation had no legal consequences.

Facts of the case

Mr. M started working for Standard Bank on 1 June 2016. The employee was alleged to have misbehaved in a dishonest and fraudulent manner between February and May 2020. The employee attended a disciplinary hearing and on 19 August was found guilty by the chairperson of the hearing. On 21 August the employee resigned with immediate effect, before a punishment could be imposed. Standard Bank tried to keep the employee to a 30 days’ notice period.

On 24 August 2020 the employee was issued with a sanction of dismissal. However, the employee refused the sanction on the basis that Standard Bank no longer held any jurisdiction over him. He demanded that Standard Bank relinquish and annul the dismissal by the end of business on 1 September. Standard Bank refused to do so. The employee did not want it to be indicated on his record that he had been dismissed as he feared that his application for pupil wardship with the bar would be compromised. The employee approached the Labour Court on an urgent basis to obtain an order for his dismissal to be declared null and void, on the grounds of his having resigned before it was announced by Standard Bank.

The legal effect of resignation before sanction

As legally a resignation is a unilateral action that need not be accepted by the employer for it to be effective, the critical question in this matter is whether the termination came into force or not? The court also considered other court verdicts, where it was found that an employer has no right to discipline an employee as soon as a resignation comes into effect, as a valid resignation cannot be withdrawn.

However, the Labour Court made a distinction in the case on the facts and found that because the employee had already appeared before a disciplinary hearing and the only outstanding step was the announcement of a sanction (dismissal), in this case the tactical resignation by the employee had no legal consequences.

In this matter Standard Bank did not rescind the contract, despite the repudiation by the employee.

The decision to cancel and rescind the contract lies in the hands of the aggrieved party and not the other party.

The court decided that the breach of contract did not necessarily mean a termination of the service contract. The aggrieved party may decide to terminate the contract and, if so, the contract will come to an end. The employee’s application was rejected with costs.