WerkNet
Your Family
Your Career
Your Health
Your Money
You and the Law
Occupational Guilds
Solidarity Youth
S-Leer
Home › Articles › Can parties agree to agree later? 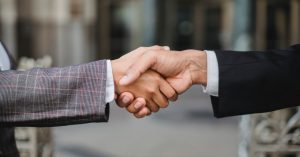 In our law it is generally known that an agreement to agree is invalid. In other words, John cannot rent his neighbour’s land on the basis that they will talk about the rental later on the basis of how good the harvest is going to be that year.

A way must therefore be found to determine the rental. The contract will then be enforceable because the rental is payable. In other words, although the parties had not reached consensus   at the stage of signing, they agree and have reached concurrence on how it was going to be determined at a later stage. This must also be done in a determinable manner.