WerkNet
Your Family
Your Career
Your Health
Your Money
You and the Law
Occupational Guilds
Solidarity Youth
S-Leer
Home › Articles › Can you claim investment money your financial advisor lost?

Can you claim investment money your financial advisor lost? 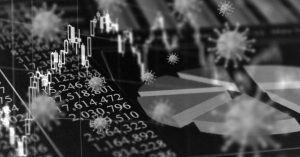 Can an investor claim the money he lost on his investment from his financial advisor?

Anybody who made a bad investment in the past will give anything to get that money back. But hindsight is of no use and many people wish that someone could have cautioned them against the investment. For that reason the role of a financial advisor is extremely important in advising the lay public as to where to invest their money. The bad news is that not all financial advisors take this responsibility seriously.

The good news is that if you invest money on the advice of a so-called “expert” there are certain factors in your favour the day you lose everything. The Bloemfontein supreme court’s finding In the case of Oosthuizen v Castro [2017] 4 All SA 876 (FB) was of great help to angry investors.

Oosthuizen inherited R2 million from her deceased husband. She decided to invest the money and obtained financial advice from Mr Castro, who is a registered provider of financial services and a broker. On Mr Castro’s advice Mrs Oosthuizen invested her money with Sharemax.

It is general knowledge that Sharemax collapsed on a large scale after having received approximately 3 000 investors’ money. Although there were ample warnings against Sharemax, it was very attractive to financial advisors because of the high commissions offered and promised by Sharemax when financial advisors successfully referred financial investors to Sharemax.

Mrs Oosthuizen lost all her money but did not leave the matter there. She brought a claim against Castro and maintained that Castro did not act honestly and reasonably by proposing Sharemax for investment and that he failed to display the required level of care and skill that can normally be expected of an authorised service provider. These are standards that a normal service provider should comply with as far as care and skill are concerned when he invests money on behalf of a client.

Castro, whose professional insurance was in place, appealed to his insurance to indemnify him. The insurer denied liability on the grounds that Castro’s actions qualified as behaviour that is defined in the contract’s exclusion clause, which stipulated that Castro will not be indemnified or covered against claims brought as a result of the depreciation of investments or where the investor intimated returns that did not realise.

The court of first instance looked at the duties of a financial-services provider and as a general rule such provider must act with reasonable care and skill. This duty is discharged when the provider acts like a reasonable financial broker in the same circumstances. In order to ascertain how a provider of these types of services would have acted, the court took into consideration the numerous warnings regarding Sharemax at the time the investment was made.

The court then held that these warnings would be sufficient to make any reasonable broker see warning lights at that stage and not recommend this type of investment. In this regard the court made a very critical remark about Castro and held that his advice was an indication of his lack of knowledge and that his knowledge did not justify the exorbitant commission he received.

The court ruled that Mrs Oosthuizen’s R2 million should be refunded by Mr Castro. The court further ruled that the insurer in its turn should pay the R2 million to Castro. According to the court the purpose of this type of insurance is precisely to cover the negligence of a professional person.

This ruling of the court is indeed reassuring to investors out there. It is also a warning to financial advisors to take greater care with advice about investments.

It is important to note that this ruling will not apply to all advisors whose clients have lost their money through Sharemax. It all depends on the time the investment was made and the information available at that stage. It is also important to note that many of these claims have already become prescribed because three years have elapsed since they became aware that their investment was risky.

Dismissals based on operational requirements of the employer

Usufruct, right of use and right of occupation

Facts to consider before joining a club or gynasium

Can you claim investment money your financial advisor lost?