WerkNet
Your Family
Your Career
Your Health
Your Money
You and the Law
Occupational Guilds
Solidarity Youth
S-Leer
Home › Articles › Chances for success regarding a condonation to the CCMA:

Chances for success regarding a condonation to the CCMA: 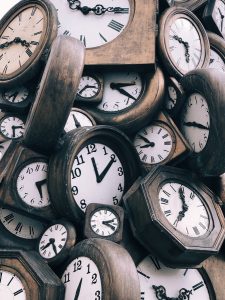 Chances for success regarding a condonation to the CCMA: The case of Ahmed v Commission for Conciliation, Mediation and Arbitration and Others

The rules of the Commission for Conciliation, Mediation and Arbitration set time limits for the referral of disputes. When an application is referred to the CCMA too late, an application for condonation must be submitted.

The Commissioner who considers the application, takes the following four factors into account when a decision must be taken whether the application will be considered or not:

In the case of Ahmed v Commission for Conciliation, Mediation and Arbitration and Others

(C 1026/15), the Labour Court was approached for a revision of the decision by the Commissioner to not grant a condonation application.

The applicant had been working at Woolworths since 2010. She was suspended on 26 May 2015 and a disciplinary hearing for misdemeanour by the applicant took place on 25 June 2015.

On 1 October 2015, the applicant decided to refer the case to the CCMA and alleged that an unfair dismissal, unfair labour practice, an unfair suspension, and a dispute exist regarding a severance package.

During the conciliation process, the Commissioner observed that the referral was one day too late. The Commissioner heard the contents of the application, as well as the arguments of both parties for and against the condonation.

This case reiterates that referrals to the CCMA must be brought within the prescribed time limit as far as possible. If a condonation application is submitted, the CCMA will not merely grant the application unless there are well-founded reasons for the late referral and the case which is referred has merit.