WerkNet
Your Family
Your Career
Your Health
Your Money
You and the Law
Occupational Guilds
Solidarity Youth
S-Leer
Home › Articles › Covid-19: Can I force the lessee of a shop to open? 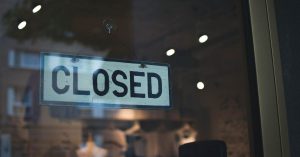 Factual allegation: I own a small shopping complex. A key lessee, who has to give six months’ notice should he not wish to renew the lease contract, has just given notice that he is terminating his lease due to his losses during the lockdown. I have no problem with this, but the shops may now reopen and with a few months before his lease ends, he has now ceased trading. This will have a great impact on feet visiting the complex if he is not trading. I have asked him to continue trading until he vacates the premises, but the lessee refuses and says that he is minimising his losses. Can I force him to trade for the rest of the lease agreement?

The answer to this question depends solely on the stipulations of the lease agreement.

In the case of Edcon Limited v Bay West City (Pty.) Ltd., [2018] ZAGPJHC 39 a lessor attempted to force the lessee to continue trading after the latter had given notice that he was closing his shop for financial reasons. The lessee however continued paying rent and maintaining the premises. The lessor alleged that lessees have the responsibility to attract clients to the centre and to stay competitive in the market and not be allowed to summarily close their doors while paying rent.

Therefore, if a lessee complies fully with his lease agreement, no lessor can force a lessee to trade for his full lease term. If in fact there is a clause stipulating that the lessee must trade until the end of the agreement, the lessor can insist upon it.

It would therefore be wise to include such a specific stipulation in shops’ lease agreement. It would also be wise to review the already existing contracts to see if this aspect has been addressed.

Always have a written lease