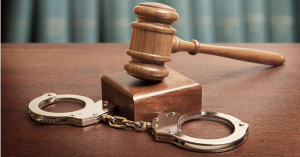 Many crimes are often committed in which more than one person is involved, from the person who actually commits the crime to the person who plans it and those who help to cover it up. Are all these people punished? Or only the actual perpetrator?

In our law we distinguish between three groups of people who may be involved in a crime, viz. the actual perpetrator, the coprincipals (accomplices) and the beneficiaries.

The first-mentioned two groups, i.e. the perpetrators and coprincipals, can also be jointly described as the participants. They participate in the crime. They either commit the crime themselves or they are actively involved in promoting the crime while it is being committed. For instance, one person will rob the bank and the other person drives the get-away car.

A perpetrator is a person who through his actions, attitude and personal qualities fits into the framework of a crime description. To determine whether somebody is a perpetrator, one should first consider the description of the crime in the specific case. A perpetrator in the crime of murder must for instance be the wrongful intentional cause of another person’s death. Secondly, the person must through his actions, attitude and everything he did satisfy the definition of a perpetrator.

An accomplice is a person who neither through his actions Nor in his personal capacity satisfies the definition of a crime, but who nevertheless wrongfully and intentionally promotes the commission of the crime. He consciously identifies with the commission of the crime. He helps the perpetrator and coprincipal and gives them advice and/or information and /or the means or the opportunity to make the crime possible or easier.

It is therefore clear that the perpetrator as well as the accomplice facilitates the commission of the crime before it is committed.

In the end all these people are found guilty of the same crime, whether they are perpetrators, coprincipals or beneficiaies. The punishment can also be heavy even if the person himself did not commit the crime but only helped. The people behind the planning of the crime will of course get the heaviest punishment even if they did not commit it themselves.