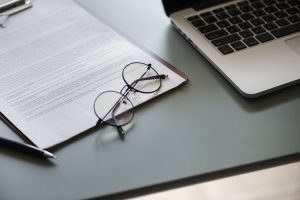 It often happens that a contractor or person rendering you a service deviates from his original contract. The person might need more material than he originally planned for and then also asks for extra labour costs for the extra work. Is this allowed? May a quotation be deviated from? What is the consumer’s right in such situations?

In essence a quotation is no more than an offer to render services or material at a suggested price. As soon as a person accepts the quotation, it becomes a contract. The services and labour stipulated in the quotation must then be adhered to and may not be deviated from. The person offering the quotation may for example therefore not increase the prices due to the prices of the goods having increased, or because he had to use more labourers or the work took much longer to complete. He is bound by his quotation; it is a binding contract between two parties.

However, the problem arises should contingencies surface of which the person offering the quotation was not aware when doing so. This “extra” or unforeseen work was not originally part of the quotation or the specifications for which the quotation made provision. In this case it would appear that extra work has to be done. The answer then is that an additional quotation should be given for the required extra work. This however does not always happen in practice and often only a verbal agreement is concluded that additional work has to be done, without in any way agreeing on a price.

Contractors and service providers must in their quotations make it clear that the duration of the labour may alter due to circumstances beyond his control, for example unforeseen rain, fire, lightning, etc.