WerkNet
Your Family
Your Career
Your Health
Your Money
You and the Law
Occupational Guilds
Solidarity Youth
S-Leer
Home › Articles › Did AARTO points system take effect on 1 July as planned?

Did AARTO points system take effect on 1 July as planned? 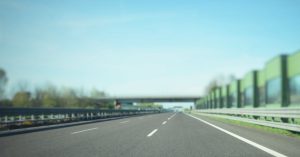 Currently the new AARTO points system and its implementation is creating a lot of confusion among the public. Everybody expected the system to take effect on 1 July 2021. However, the Minister of Transport, Fikile Mbalula, confirmed on 1 July 2021 that the system will not take effect as planned.

On 1 July 2021 the Minister told the media that the system will be implemented in phases over the next year.

There will be four phases from 1 July 2021 to 1 July 2022. The first phase, which has already taken effect, comprises the establishment of seven AARTO service stations and also making the public more aware of the system.

During phases 2 and 3 18 more AARTO service stations will be opened and the AARTO system will be introduced and implemented in all municipal areas.

The points system will only take effect during phase 4 on 1 July 2022. There is a pending court case against the new AARTO act that will be heard in October of this year that could affect these dates. Although the Minister mentioned 1 July 2022 as the date of implementation of the points system, no date has as yet been published in the Government Gazette.

For more information on the AARTO points system and what it entails, do read our article at AARTO puntestelsel word vanaf 1 Julie 2021 ingefaseer