Discrimination based on religion 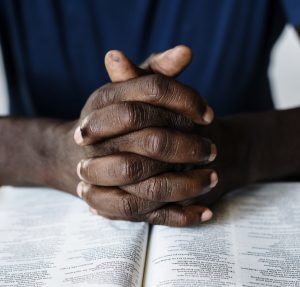 Section 6 of the Employment Equity Act (No. 55 of 1998) prohibits unfair discrimination against an employee on arbitrary grounds. One of these grounds of religion.

A few examples of when an issue could possibly be considered as unfair discrimination based on religion are as follows:

However, although all of the above are examples of discrimination, they will not necessarily always constitute unfair discrimination. Whether such discrimination is unfair or not will depend on whether the discrimination makes objective sense. A key contributing factor as to whether discrimination at the workplace makes sense is whether or not it is based on the inherent requirements of the job. For example, forcing employees to stop wearing emblems of their religion might be unfairly discriminatory, especially if such emblems are worn under the clothing. This is because the wearing of such emblems is unlikely to affect the employees’ work circumstances in any way.

In the case of Dlamini and Others vs Green Four Security (2006, 11 BLLR 1074), the employees, who were all security guards, belonged to the Nazarene religion. They had received an order to shave or trim their beards but refused on the grounds that the Nazarene religion forbade them to do so. As a result, they were dismissed but they claimed that the dismissal was automatically unfair as it involved unfair discrimination against them due to their religious beliefs.

The court found that the employees had failed to prove that a central part of their religion was that the trimming or shaving of beards was prohibited, and that they would have to suffer a harsh penance should they breach it. The employees worked on Sundays despite the fact that their religion forbade it. This indicated that the church applied its rules flexibly. The employees had been selective about which religious rules they chose to follow. The court stated that the rules requiring guards to be clean-shaven had been applied consistently by the employer and that grooming was an important factor in all security establishments. Thus, the employees had not been unfairly discriminated against.

It is important to note that each case must be evaluated in terms of general principles such as consistency, the need for good sense and the inherent requirements of the job, as applied to the circumstances of each case.