WerkNet
Your Family
Your Career
Your Health
Your Money
You and the Law
Occupational Guilds
Solidarity Youth
S-Leer
Home › Articles › Does “lease overrides sale” apply to long-term lease? 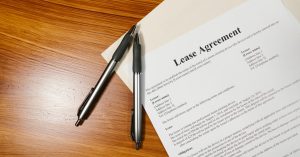 Fact sheet: John wants to lease his farm to Peter for 30 years. Will such a contract be valid, or should the contract be registered against the title deed to be valid? Will the lessee be able to rely on the lease-overrides-sale rule (“huur-gaat-voor-koop-reël”)?

In South African law, there is a lease-overrides-sale rule, which means that the lessee (the person renting or leasing the property) can enforce the lease contract against new owners of the property, even if the contract has not been concluded with the new owners. In legal parlance, this means it is an exception that a real right such as a property right, which usually is stronger than a personal right such as a tenant’s right, gives way to the personal right.

In our legal system, a long-term lease must be registered at the deeds office against the title deed in order to be enforceable against a third party. Any lease of ten years or more qualifies as a long-term lease.

If the owner and the lessee did not register the lease against the title deed and the owner should sell the farm, the lessee will not be able to enforce the contract against the new owner in terms of the principle of lease overrides sale, because unregistered long-term leases are not enforceable against third parties.

If the contract has not been registered and the owner decides to sell the farm ten years later, the lease-overrides-sale rule will not apply to the third party (the new owner), but the lessee will be able to hold the lessor (the landlord) liable for breach of contract because the contract will still be valid between the parties.

If the owner does enter into a lease for thirty years and registers the lease against the title deed, the lease-overrides-sale rule will be valid for that contract.

If the contract has been registered and the owner dies, his heirs will be able to inherit the property, but the heirs will be bound by that lease and will not be permitted to terminate the lease. The heirs will then receive the income from the rent as part of their inheritance, but they will not be able to farm the land themselves before the thirty years have elapsed.