WerkNet
Your Family
Your Career
Your Health
Your Money
You and the Law
Occupational Guilds
Solidarity Youth
S-Leer
Home › Articles › Does the Credit Act apply to a settlement agreement?

Does the Credit Act apply to a settlement agreement? 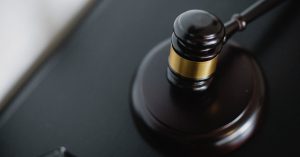 Recently an interesting judgement was delivered regarding this aspect in the case of Ratlou v MAN Financial Services (1309/2017) [2019] ZASCA.

Our courts have described the Credit Act as very complex. It causes our court rolls to these days be filled with cases where parties disagree about the interpretation of this Act. With this case, the Supreme Court of Appeal had to deliver judgement regarding the application of the Act and had to decide whether the National Credit Act no. 34 of 2005 applies to a settlement agreement.

Initially Ratlou had provided security in the hire-purchase transaction in which his company was involved. The company purchased several vehicles on hire-purchase from Man Financial Services (Man). The transaction was not subject to the Credit Act, as it qualified as a large transaction of more than             R250 000.00.

Ratlou’s company fell into arrears with payments and Man took the necessary steps and obtained a verdict. The trucks were subsequently sold to a third party at an auction. However, after the auction a balance was still outstanding on the amount that still had to be paid. The parties then concluded a settlement agreement in terms of which the balance would be paid off in instalments and the balance would carry interest.

Both Ratlou and his company however failed to meet the agreement and Man then turned to the Gauteng High Court for judgement.  The High Court initially turned down the application on the grounds thereof that Man did not comply with all the requirements of the Credit Act. The court maintained that the settlement agreement was a new agreement, i.e., a compromise, and therefore not part of the initial hire-purchase agreement.

Man appealed to the Supreme Court of Appeal, who disagreed with the High Court and argued that, although strictly speaking the agreement met the definition of a credit agreement, it had not been the intention of the legislator for the settlement agreement emanating from the original agreement, that fell outside the Act, to now suddenly fall within the Act.

The Court of Appeal furthermore argued that it would have an absurd consequence, for example, when a delictual claim is settled where the agreement now suddenly becomes a credit agreement. It would also result in people not wanting to settle litigation matters, as they would then have to meet the many requirements of the Credit Act. The Court of Appeal consequently found that the settlement agreement, just like the original agreement, was not subject to the Credit Act.

Is a will valid if signed by only one witness?

Is it fair to dismiss employee who was exposed to Covid-19?