WerkNet
Your Family
Your Career
Your Health
Your Money
You and the Law
Occupational Guilds
Solidarity Youth
S-Leer
Home › Articles › Emancipation: Consequences and requirements 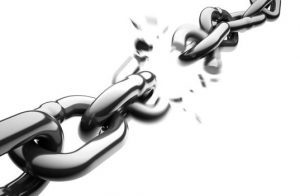 Emancipation is not always fully understood. There is an idea that upon emancipation a minor becomes a major. This, however, is not the case. This article will try to explain the nature of emancipation.

In addition to parental permission, an own abode and a career used to be requirements under South African law, but earning a salary was later accepted as sufficient in spite of the minor’s not having a career. The requirement of an own abode was later also abandoned.

Because the question whether a minor is emancipated is a question of fact, all relevant factors should be put before the court in order for it to get a complete picture.

Emancipation does not give a minor the status of a minor and it could even be withdrawn by the parent or guardian. Because parental permission could be withdrawn, it cannot be said that emancipation grants a minor locus standi in iudicio (competence to go to court), not even with contracts that fall within the scope of emancipation. Emancipation also does not make a minor competent to marry without parental permission or to alienate or burden fixed property.