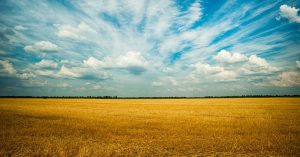 Many landowners are victim to real bully tactics by land claim commissioners in different provinces. In many cases false land claims are submitted that are simply never withdrawn. The drawback of this is that these land claims are drawn out for years and hovers over the farmer’s head like a sword. The landowner himself has to pay all the legal costs in connection with such a false claim and these costs could run into thousands, even millions, of rand.

The Land Claims Court recently, on 25 May 2020, gave landowners very good news. The claim by the Mavundulu community to 28 tracts of land in the New Hanover district between Greytown and Pietermaritzburg seriously upset a judge. The judge was so upset that he forbade the claimant’s attorneys and advocates to take even one cent for their services.

He also instructed the Minister of Land Reform to pay the 25 landowners’ legal costs. He further pointed out that the relevant farms were land obtained by the Voortrekkers in 1837. In 1851 and 1853 the British gave the land to German settlers after the annexation of Natal by Britain. The land was subsequently subdivided and bought several times. There is no possibility that the land claimants’ claim could succeed.

The judge used an apt example, saying that the land claim was like a cruise on the Titanic, which was doomed to failure and with which they stumbled along for 22 years. The judge further held that the Mavundulu community did not qualify as a community and that it was clear that their evidence was hearsay. Their evidence only showed that their forefathers were farm workers, which does not mean that they were entitled to the land. The judge also criticised the land claimants’ experts, saying that they were not really experts.

The judge also said that sensible jurists checked the evidence before it was decided to take the matter to court and he therefore regarded the jurists who acted on behalf of the claimants as reckless and they should have known that there was no prospect of success.

The legal fees in this case ran into millions of rand for the landowners and caused these farmers a lot of uncertainty. It was hoped that this case would make the state more alert to false land claims and to withdraw cases that had no merit and had been lying around without any progress.

How is the accrual dispensation handled in a will?

What is an ombudsman and how do I reach him?

Bequeathing firearms in a testament and safekeeping thereof

Who should be notified of possible retrenchments?