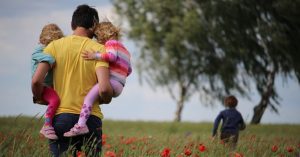 By Sanette Viljoen from SV Legal

In a recent case in the High Court, the judge ruled that a divorced father of three should be given a break after failing to pay one month’s alimony due to a pay cut which seriously affected him during Covid-19.

However, the father immediately paid the outstanding alimony when he received his TERS funding. His ex-wife nevertheless brought him before the Gauteng High Court in Johannesburg for contempt of court, because he didn’t pay her the full alimony amount in May 2020 during the heart of the pandemic.

The woman not only wanted het money, but she also wanted the court to put her husband in jail because he did not pay that month. She agreed that the prison sentence could be suspended and would only take effect if he does not pay again in the future.

However, the judge rejected the woman’s application and ordered her to pay the legal costs of her husband, on a penalty scale, for defending the application she had launched.

Furthermore, the wife also withheld the father’s three children from him and refused them to see him during this period. The judge further ordered that the father may have access to the children, as access may not be withheld as a result of an alimony case.

However, it is emphasized that the lockdown is not a valid reason for any father to escape paying alimony. Every effort should be made to enforce the alimony order. If your income has decreased due to Covid-19, you should approach the clerk of the Alimony Court for assistance in adjusting the alimony amount accordingly. Non-payment is not tolerated by the courts. Also feel free to contact your lawyer for assistance in this regard.