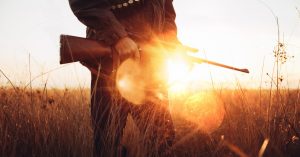 The period for commentary on the controversial proposed amendments to the Firearms Control Act (Act 60 of 2000) has been extended from 4 July 2021 to 3 August 2021.

The South African Arms and Ammunition Dealers Association (Saaada) and the Confederation of Hunting Associations of South Africa (Chasa) succeeded in convincing the Supreme Court in Pretoria to extend the period. This was done to give the public enough time to study the information on which the amendments were apparently based.

Marnus Kamfer, legal and risk manager with the civic-rights organisation AfriForum,  highlights the inconsistencies between the opinions of the Minister of Police, Bheki Cele, and a report titled Analysis of the Effect of the Firearms Control Act on Crime 2000–2014. It is ironic that the SAPS (and other role players) contributed to it and that it was eventually compiled by the University of the Witwatersrand (Wits).

On the other hand, the so-called “Wits Report” found that a level of strong and sustained policing rather than restricting firearm legislation was necessary to lower firearm-related crimes. In addition the Firearm Control Act is relevant in only 5% of all crimes reported to the police. Regarding murders, firearms are used in only one-third of the cases and murder is committed mainly in other ways than with firearms. Firearm-dependent crimes (crimes where a firearm is needed to commit the offence, such as the hijacking of vehicles and transit robberies) are apparently immune to the proposed legislation.

The decline of the police

Dr Theo de Jager, chairman of the board of directors of the agricultural society Saai, recently wrote that the police are fully aware that they do not have the manpower or capability to stop farm attacks. Apart from this the police’s mere incompetence, negligence and even criminality also pose dangers regarding firearms and ammunition.

“He admits that reaction times in the remote rural areas are inefficiently slow. In addition the loss of firearms from police offices and by policemen themselves is alarmingly high – approximately 2 200 a year over the past 12 years. More than 10 million rounds of ammunition cannot be accounted for by the police. According to their  own statistics no party provides more arms and ammunition to violent criminals than the police themselves.”

Kamfer says it is ancient history that the police are unraveling and can no longer offer strong policing as suggested by the Wits Report. This is caused by and embodied in, inter alia, the cut-backs on their budget by several billions of rands, a dire shortage of manpower and expertise, flawed internal firearm systems and cadre deployment. This contributes to one of the highest murder rates in the world and especially violent crime, which is out of control.

According to Kamer and De Jager it is absurd in this context to hamstring legal firearm owners in their forced efforts to protect their families, property and themselves. They are encouraging the public to submit their commentary up to and including 2 August to prevent draconic legislation from leading to mass disarmament.

Moving in together? Cohabiting vs legal marriage, property

Auctions – what you want to know

May I sell a house before the estate has been administered?