Grievances and the proposed period for submission in SAPS 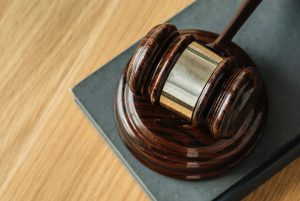 I am currently an officer in the South African Police Service (SAPS). I have been working for the SAPS for the past four years. In my second year of service, our station commander retired. My working conditions underwent a drastic change with the arrival of the new station commander. This officer constantly made indirect remarks towards me that I found to be discriminatory. About five months ago, the station commander made a direct remark that I considered to be blatant discrimination.

After this remark, I seriously considered taking steps and filing a grievance, but the station commander then went on leave for about three months. All went well for about a month after his return, but then the commander once again started discriminating against me indirectly.

I am concerned that if I tried take the matter up with the station commander, it would exacerbate the situation and the discrimination. I spoke to a trusted colleague and he indicated that if I wanted to file a grievance, it might fall outside the required time-frame of the SAPS’s grievance procedure and therefore no further options would be available to me to deal with the problem. I would like to determine whether grievance must be filed within a specific prescribed period.

To ensure the process is followed correctly in terms of SAPS policy, it is advisable that you get in touch with the trade union or consult the human resources official for assistance and advice on formulating the application.