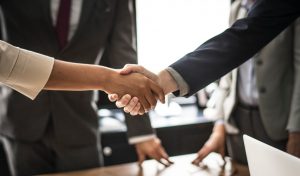 Is fraternal discord sufficient cause to remove a trustee from his post?

In the appeal court case Gowar v Gowar (149/2015) [2016] ZASCA 101 the court had to deliver judgement regarding the court’s competency in terms of the common law and the legislation applicable to the removal of trustees from office.

The case concerned a long-standing family feud regarding the control in trust of trust assets of a family trust. This trust owned farms, farming equipment, cattle etc. respectively. However, irreconcilable differences existed between the two Gowar brothers. One of the brothers consequently made application for the removal of the other brother as trustee from the four trusts in which they were mutually involved.

On appeal the Highest Court of Appeal asked the question: Under what circumstances can a trustee be removed from office in terms of section 20 of the Trust Property Control Act 57 of 1988? The court found that a trustee is the owner of trust property in so far as he/she has to handle the administration thereof, but that the trustee has no further personal interest in the trust property. Where more than one trustee in the trust is nominated in the trust, they share a mutual fiduciary duty. This duty is to realise the aim of the trust and they have to do this together. The court emphasised that section 9 of the above-mentioned act stipulates that in the fulfilling of his duties and the execution of his competencies a trustee must act with the care, diligence and expertise that can reasonably be expected of a person handling the affairs of another. A higher standard is expected than of a person taking care of his own business.

The court in terms of the common law said that the Appeal Court has the competency to remove a trustee from office. Section 20 of the act also stipulates that a court may remove a trustee on application by the master or any other person who has an interest in the trust property, but this can only happen if the court is convinced that such a removal would be in the interest of the trust and the beneficiaries.

The general principle therefore is that a trustee may be removed from office should his continued existence as trustee mean that the trust would not be properly administered or if it would have a detrimental affect on the wellbeing of the beneficiaries.

According to the court this competency must be practised with great circumspection. For example, it is not a prerequisite that the trustee must first act in bad faith or render himself guilty of misconduct before he may be removed from office. The matter should be looked at more extensively.

The Highest Court of Appeal found that in this specific case there was nothing more than mere friction, tension, animosity and arguing and a personal feud between the two trustees. These factors alone were not sufficient for a trustee to be removed from office. This removal would not, in general, be in the interest of the trust’s beneficiaries. What they were arguing about had nothing to do with the interests of the trust. The application and the counter-application were therefore both rejected.