‘Horseplay’ in the workplace 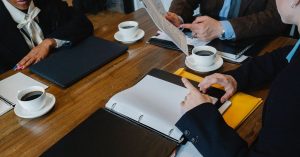 The Collins Dictionary defines “horseplay” as “rough play in which people push and hit each other, or behave in a silly way”. Although employees may not have an intention to hurt or harm another employee in horseplay, they seldom realise that a playful game or a prank can go awry, resulting in a serious situation. If the innocent joke caused unpleasantness or had serious consequences strict action could be taken against those involved. In such a case they may face a final written warning or even dismissal.

When found guilty in this regard, there are fortunately circumstances that could mitigate the severity of the sanction. In the matter of Kellogg Company South Africa (Pty) Ltd and FAWU obo Lucky Khumalo and others, case number JR 1671/16 (LC) an employee, Mr Lucky Khumalo, grabbed a colleague after having been absent from work for two days and spun her around like he had done before. However, Mr Khumalo was not aware of the fact that his colleague was off sick due to severe headaches and when she asked him to stop, he did not immediately take heed of the request. Consequently, the colleague became dizzy and lost consciousness. Mr Khumalo tried to explain that his horseplay was simply came from the fact that he was happy to see his colleague back at work after the two days’ absence. Notwithstanding his defence, Mr Khumalo was dismissed for his horseplay.

While humour is an essential tool to relieve stress in the workplace, all employees should guard against becoming the victim of their own pranks, because then “having to face the music” becomes a reality.

If you need more information about this matter, please feel free to contact our Call Centre on 0861 25 24 23 to speak to a legal advisor.