How to become the legal owner of a firearm 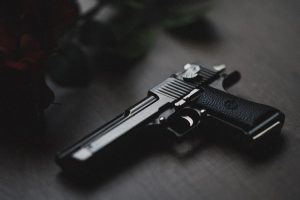 While it is fairly easy in countries like the USA to obtain a firearm, there are strict procedures to be followed in South Africa to become the owner of a firearm.

It is, after all, a dangerous object to own and therefore owners must be very competent so that firearms do not fall into the wrong hands. Unlawful firearms must also be accounted for.

Marnus Kamfer, legal and risk manager at Afriforum’s Community Safety department, says the first thing a prospective firearm owner should do is to obtain a certificate of competence for the type of arm that he or she wants. “This must be done through an accredited institution and consists of a theoretical and a practical assessment. If the candidate passes this, he or she can take proof of it (usually in the form of a certificate) to his or her closest police station to apply for the formal certificate of competence.”

After this, he says, the police stations provide forms and corroborative documents as required on the application form together with proof of payment of the prescribed fee must then be submitted. “The application is then launched and if everything goes well, the certificate of competence can be collected at the police station. The South African Police Service (SAPS) sends SMS messages to inform the person of the status of the process and of when the certificate can be collected.”

According to Kamfer the prospective firearm owner can then buy the desired firearm. “The purchased arm, however, remains in the possession of the seller until the candidate has obtained his or her licence. All the particulars of the firearm together with other information are then written down by the buyer and are entered on the application form for the licence. The certificate of competence must be attached and a prescribed fee must again be attached. The application for the licence is then again launched at the police station.”

If there are no hitches the SAPS will notify the successful candidate after a few months that he may collect his licence, after which he or she can take possession of the firearm.

How many firearms may you own?

Kamfer says section 4 of the Firearm Control Act (Act 60 of 2000) indicates what classes of firearms may not be licensed. “These include, inter alia) automatic assault rifles. Firearms are usually classified in three classes ─ viz. handguns, semiautomatic guns and sporting rifles. Each class has its own requirements.

“The number of firearms that may be owned depends on the applicant’s status. A sports shottist and a professional hunter will for instance may own more arms than the man on the street.”

Kamfer reminds firearm owners that the period of amnesty runs from 1 December 2019 to 31 May 2020. “Any person whose licence has expired or is illegally in possession of a firearm may during this period hand in such firearm at the nearest police station without being prosecuted. A person who hands in a firearm in this way, will then be given an opportunity to apply anew for the firearm within 14 days of the firearm having been handed in.”