WerkNet
Your Family
Your Career
Your Health
Your Money
You and the Law
Occupational Guilds
Solidarity Youth
S-Leer
Home › Articles › Is it necessary for witnesses to sign a will?

Is it necessary for witnesses to sign a will? 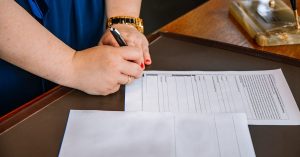 Section 2 of the Wills Act 7 of 1953 states clearly that there are formality requirements for a will to be valid. These requirements include the manner in which the will is signed.

An interesting ruling occurred at the beginning of 2018 in the case of Twine and Another v Naidoo and Another (38940/14). The deceased’s two daughters disputed the validity of his will. During cross-questioning of the persons who signed the will as witnesses, it became evident that the witnesses signed the will and left before it was signed by the testator.

The court consequently declared the will null and void on the basis of it not meeting the formality requirements. This court case makes it clear that if a will that does not meet these requirements, it is invalid and that the courts are quite serious about the application of Section 2.

However, this does not mean that potential heirs have no remedy. Section 2(3) of the Wills Act makes provision of a rescue clause. This give the courts the competency to declare a will valid, even if it does not meet the statutory requirements, but the court must be convinced thereof that the deceased drew up the document him/herself or had it drawn up, or that the document was intended to be the will of the deceased. If the court is convinced of this, the Master of the Court of the Court will be ordered to accept the document as a valid will.