WerkNet
Your Family
Your Career
Your Health
Your Money
You and the Law
Occupational Guilds
Solidarity Youth
S-Leer
Home › Articles › Is wrongfulness a requirement for domestic violence? 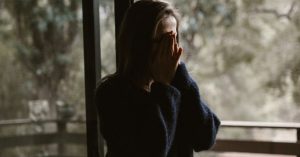 By Sanette Viljoen of SV Legal

Domestic violence is considered, among other things, as physical, sexual, emotional, verbal and economic abuse. The violence referred to in the definition of “domestic violence” is therefore not just the physical assault of which everyone is always aware.

Furthermore, domestic violence also includes intimidation, harassment, stalking, damage to property, as well as any predominant conduct or conduct of abuse where such conduct harms or threatens to harm the other party. The Domestic Violence Act is therefore very broad.

The principle that someone can be held liable for the behaviour that can cause another harm was recently discussed again in the case of KV v WV 2020 (1) SACR 89 (KZP). This case was appealed to the KwaZulu-Natal Supreme Court. The case concerned the confirmation or rejection of an interim protection order.

In the abovementioned case, the married couple had a very unstable relationship. After the wife took funds from her husband’s account, he confronted her. The woman scattered the man’s belongings across the house’s floor, which lead to physical and verbal abuse. On these grounds, the mother obtained an interim protection order from the Magistrate’s Court.

Although the law does not impose wrongfulness as a specific requirement for domestic violence, the man was of the opinion that this requirement should be considered by the court. That some force was used to stop her from scattering his belongings, cannot necessarily be interpreted as meaning that there was domestic violence.

However, the Natal Supreme Court specifically examined the wording of the Domestic Violence Act (No. 116 of 1998) and noted, in particular, the preamble of this Act, in which it is clear that the purpose of the legislature is to reduce domestic violence on another basis as the normal criminal / delictual legislation.

Legality or wrongfulness is therefore not a requirement and it is clear that the law specifically left the requirement of wrongfulness out of the definition of domestic violence, by referring only to conduct that harms or threatens to harm the other party’s safety, health or well-being.

This omission was done deliberately in order to comply with the specific intention, the Constitution and then also with the protective rights of equality, freedom and security of a person.