Legal rules that apply to rugby 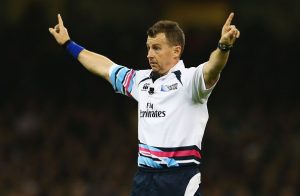 After the 1995 World Cup, rugby became more professional. SaRugby delegated Advocate Jannie Lubbe to meet with representatives from Australia and New Zealand in Sydney and compile regulations for disciplinary hearings that would apply to the Super Rugby series that was to commence in 1996. These new rules (known as the Sanzar regulations) caused an entire revolution in the discipline of rugby and related issues.

Before these regulations, when a player committed a transgression, sentence was passed without the player’s inputs and without him having the right to defend himself. The new regulations therefore gave the player the opportunity to put his side of the matter and for the presiding officer to judge the facts objectively and then pass an applicable sanction.

Initially there was opposition from world rugby against these new regulations, but prior to the World Cup in 2003 the Sanzar regulations were adopted by the International Rugby Board and these regulations apply world-wide, with amendments effected from time to time.

The citing commissioner reviews the incident after the match. At this stage he has more evidence about the incident. If he notices an incident during the match, he may contact the outside broadcasting unit of the SABC and ask for al the other recordings and angles of the incidents. He may also, should he consider it necessary, obtain declarations from a player who was injured, the team coach or the team doctor. He has a much more comprehensive role than the referee or the television referee.

How enforceable are these regulations on a player?
All unions in the country are affiliated to SaRugby and in terms of the affiliation every club team is consequently also bound thereto. In this way all school teams are also members of SaRugby, In terms of the constitution all members and affiliated members are bound by the regulations and the constitution of SaRugby This is why SaRugby can act against any player who transgresses the regulations.

How does a hearing work?
Currently hearings are heard by a single legal officer, as opposed to three legal officers in the past. The formalities in these hearings are limited. The purpose of the hearing is to reach a conclusion about what happened. This process also takes place as soon as possible, to determine whether or not the player should be suspended.

The presiding officer plays an important as well as active role in the process. He is entitled to ask the player questions. This process differs greatly from ordinary court proceedings, where the magistrate plays a more passive role. In the rugby hearing cross-examinations usually do not take place, unless allowed by the presiding officer.

Time also does not allow for a long drawn-out process, as the team often has to depart for another country etc. The presiding officer may therefore require the player and his legal representative to provide full particulars and his possible defence within a certain time to speed up the process. Hearings may also take place by way of a teleconference.
The regulations also provide the kind of sanctions that a presiding officer may apply. There are three levels of transgressions. Previous convictions also play an important role in the sanction.

Since 2013 a new step was introduced in the process. Before a cited play or a red card plays attends a hearing, the case goes to an officiating legal officer. This is a process where the player pleads guilty and is used to speed up the process even more.

In this process a telephone conference takes place on the Sunday evening, to which all the relevant parties are connected. The player and his legal representative make submissions to the officiating legal officer and plead guilty, after which a plea agreement is reached. The officiating legal officer looks at all the facts and submission and then decides on a suitable sanction. If the player accepts it, the case is settled. It the player does not accept it, the case goes to a hearing.

There is also a right of appeal against a presiding officer’s decision. The appeal committee consists of a panel of three.

Each player also has the right to after the game institute a civil case for conduct by another player that is against the rules and which accordingly is also against the law, for example assault which lead the serious injury and medical expenses.