WerkNet
Your Family
Your Career
Your Health
Your Money
You and the Law
Occupational Guilds
Solidarity Youth
S-Leer
Home › Articles › May a landowner divert or close a public road over his land? 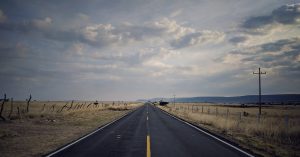 The court had to answer this question in the case of Escherich en ʼn Ander v De Waal en Andere (2912/2016) in 2017 in the Western Cape.  The parties to this case were owners of stands in the Wilderness Forest Estate. All the stands of the estate were depicted on a general plan that had already been approved by the surveyor general in 1945.

The plans also detailed the roads on the estate. One of these roads was Sea View Drive East. This road gave access to the property of the first applicant, Escherich. The road also crossed the respondent’s property, thus giving access to the second applicant’s property.

The respondent built a store and a chicken coop on this road and closed the road by means of a gate where it entered his property. The respondent also made a new road on the boundary between his property and that of the first applicant. The result was that the original road could no longer be used. The applicants therefore had no choice but to use the new road built by the respondent.

The respondent claimed that he built the new road for better access to a specific store on his property when towing his trailer, etc. The applicants held that the respondent closed this road simply to prevent people from driving past his house.

The applicants applied to the court to instruct the respondent to open the road again.

The respondent’s main argument was that the original road was not a public street and that he was therefore entitled to close and divert the road.

The respondent therefore had no right to close or divert such a road. There was an established procedure for when a person wanted to change any route or location of a public street. Nobody can simply ignore it.

The court ordered the respondent to demolish the buildings and to restore the road in its original location.