WerkNet
Your Family
Your Career
Your Health
Your Money
You and the Law
Occupational Guilds
Solidarity Youth
S-Leer
Home › Articles › May creditor recover money from the deceased debtor’s heir?

May creditor recover money from the deceased debtor’s heir? 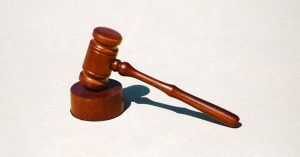 Facts: John owes Susan R100 000. John dies without Susan’s knowledge and Susan neglects to claim the debt from the estate. Can Susan recover this money from Susan’s heir?

Answer: The two best-known grounds for instituting a claim against another person or summonsing a person, are:

The two questions therefore usually asked before a summons is issued, are firstly whether there was a contract that was not honoured or, secondly, whether an actionable wrong was committed.

In the above-mentioned set of facts there was no contract between the heir and the creditor and neither did the heir act wrongfully. The heir simply inherited and did nothing wrong. The heir did not owe Susan the money – in reality the estate owed Susan the money.

Does this mean that Susan has no remedy for recovering her money?

In the court case of Roy Evans & Co. (Pty.) Ltd. v. Cramer, 1961 (3) S.A.. 857 (T), there were similar facts as those in the above-mentioned set of facts. The creditor neglected to claim the deceased debtor’s debt from the estate and is claiming it from the heir.

The court agreed that there was a claim against the heir on the grounds of enrichment. The heir’s inheritance was bigger due to the fact that the creditor never claimed the debt from the estate, in other words the heir was enriched, but at the expense of the creditor and the creditor was therefore impoverished.

Susan may therefore institute a claim against John’s heir on the grounds of enrichment.

May my employer decrease my salary if I work from home?

May creditor recover money from the deceased debtor’s heir?

Can I draw up my own testament?

What happens during a disciplinary hearing?

After your divorce, will must be changed within three months