WerkNet
Your Family
Your Career
Your Health
Your Money
You and the Law
Occupational Guilds
Solidarity Youth
S-Leer
Home › Articles › May I be penalised twice for the same crime?

May I be penalised twice for the same crime? 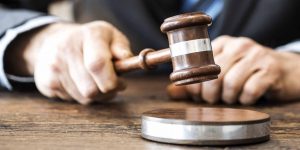 Section 35(3)(m) of the constitution of the Republic of South Africa holds that every person has the right to a fair trial, which includes the right not to be tried for a crime that person was previously found guilty or acquitted of. This is referred to as “double jeopardy”.

Basically this principle means that nobody may be tried twice for the same crime. Therefore, a person charged with a crime that he feels he has already been punished for, can plead that he had already been found guilty or acquitted of the same crime. In law these defences are known as autrefois acquit or autrefois convict. They are still valid in our law and are specifically referred to in sections 106(1)(c) and (d) of the Criminal Procedure Act (Act 51 of 1977).

The requirements for the plea is that the accused was previously –

– the same crime for which he is now being charged or was acquitted,

– by a competent court.

These words are important if the offence is substantially the same. However, you will not be able to use this plea if the offence is not exactly or substantially the same and where you are being charged with two different crimes. It is also important that your previous discharge or conviction must have been on the merits of the case and not merely on a technical aspect. The term competent court is also important and this type of plea has already been disallowed previously because the previous offence was heard in a court that did not have the competent jurisdiction.