WerkNet
Your Family
Your Career
Your Health
Your Money
You and the Law
Occupational Guilds
Solidarity Youth
S-Leer
Home › Articles › May traffic officer remove my key or impound my car?

May traffic officer remove my key or impound my car? 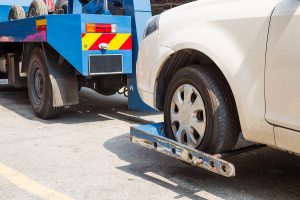 It has often been brought to my attention that people are pulled off by traffic officers, who then want to remove the keys from the car. May a traffic officer do this?

This is not part of the normal performance of a traffic officer’s duties. The traffic officer’s job is, for instance, to inform the person that he or she was driving too fast, to show his or her driver’s licence, and then to give the person a fine. However, in practice it does not always happen like this and sometimes a heated argument follows or the officer tries to remove your car keys without a valid reason.

The next question is: what is the officer’s purpose and why does he want to take your keys? Unfortunately the answer to this question is corruption. In this situation many motorists will rather pass the officer money under the counter to avoid the uncomfortable situation.

In the case of a totally unroadworthy vehicle it can of course be impounded or confiscated, but then the complete vehicle must be confiscated and not only the keys. In a case where the driver is a total danger to other road users, the officer may refuse to let the person drive on, and to do this the officer may confiscate the keys.

Over the past few years many similar actions by traffic officers have been reported. In most of these cases legal action was taken against the Department of Public Transport and the individual traffic officers. Some of the charges laid by motorists include alleged assault, bribery, kidnapping, wrongful detention and damage to property. If you were the victim of such an event, it would be wise to contact your attorney and get legal aid.