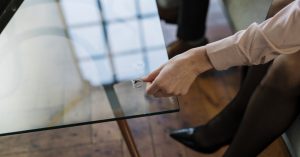 In an unreported case the magistrate’s court ruled that the primary residence of the boy (approximately 12 years old) shall be with the father and not the mother. The mother appealed against this ruling and the North Gauteng supreme court heard the appeal.

Before the parties went to court, as mentioned above, the initial family advocate report indicated that the mother was very concerned about her boy and loved him very much. The report also indicated that the boy was taken to the doctor way too often. The boy was on several medications and also gained about 1 kg in weight per month since he started living with his mother.

The father then brought an urgent application for the boy to live with him, but also that the boy be examined by a certain doctor, qualified psychologists and the family advocate to assist the court in determining what the child’s real problem was. The father was successful in this application and the court moved the boy’s primary home to the father, after which the mother appealed.

The court of appeal heard the case as urgent and a curator ad litem was appointed to take care of the boy’s needs. The curator was requested to compile a report after having had various interviews with all the parties as well as the medical experts, and after investigating the matter thoroughly. The report mentioned that the child was wrongly under the impression that he was really sick. The boy said in as many words that he wanted to live with his mother, but in reality it was his father he wanted to be present. He loved his mother very much and did not want to hurt her, and that is why his words and his actions were at variance. The curator recommended that the boy live with his father.

The ruling of the court agreed with the curator’s report and ruled that the child should live with his father. The court made it very clear that while her son lived with her, the mother had ample time to show that she was acting in the child’s best interests precisely because she loved him so much. The child’s weight problem was problematic; he was 22 kg overweight as a result of an unhealthy lifestyle in his mother’s house. The mother gave the boy everything he wanted. She was over-protective and took the child from one doctor to another, which lead to extremely large doses of unnecessary medicine he   had to take every day. The child was physically and emotionally unhealthy.

Love sometimes makes a parent blind to the hard reality. The court will always act in the best interests of the child.

Claim from the state should my car be damaged by pothole?

Mistakes to avoid when drawing up a will.

Some deeds of sale for fixed property can be cancelled

Guard your tongue when in court