WerkNet
Your Family
Your Career
Your Health
Your Money
You and the Law
Occupational Guilds
Solidarity Youth
S-Leer
Home › Articles › Must a will meet all the requirements to be valid?

Must a will meet all the requirements to be valid? 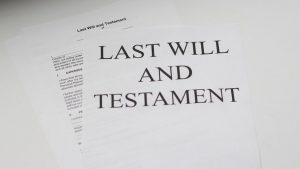 Wills are very important. Serious family feuds can be prevented with a proper will. The cost to consult a professional person to draw up your will is much less than the drawn-out cost of a court case regarding an incomprehensible and unprofessional will.

In this article we look at the court case of the Van Vuuren family, where the sisters and brother fought over their father’s will. The facts of the case are as follows: On 7 July 2008 the deceased, Mr DJ van Vuuren, handed the will being contested to his secretary, Ms Prinsloo, and told her it was his will and asked her to sign as witness. The secretary signed the document and handed it back to him. Another lady, Ms Kotze, worked for him as accountant at a branch office. He phoned Ms Kotze on the same day and informed her that he was going to fax her a copy of his will and asked her to regard it as highly confidential and to file it with his personal documents.

After his death in 2014, five-and-a-half years after the document was drawn up, Ms Kotze removed the will from the filing cabinet and handed it over to the two daughters’ attorney. In this will Mr van Vuuren bequeaths all his possessions to his to daughters. He had signed the document, as did his secretary.

The one brother however opposed this will and put forward that it was invalid as it did not meet the form requirements of a will as set out in the Wills Act, Section 2(1). He furthermore maintained that the estate should therefore devolve intestate, in which case the two brothers would inherit with the sisters.

The judge first set out the form requirements for a will, namely that the testament has to be signed right at the bottom by the testator and in the presence of two or more competent witnesses. Such witnesses have to sign the will in the presence of each other and the testator. It was therefore quite clear that the document that had been drawn up, in many aspects did not meet all the form requirements as determined by the Will Act.

The court also referred to the fact that sub-section 3 under section 2 stipulates that a will can also be valid, even if the form requirements are not met. The real test to see if a will is valid, is the question as to whether the deceased possessed the necessary intention and compiled and signed it with the purpose that this document should be his final will and testament.

The question before the court therefore was whether the testator intended this document to be his will? Furthermore, the judge also stated that the words of the document left no doubt as to what the testator’s intention was when he compiled the will. The intention was clear that it should be a will. The judge therefore ruled in favour of the two daughters and ordered that the document be regarded as a will, even though it did not meet all the requirements.