New AARTO Act can even cost you your driving license 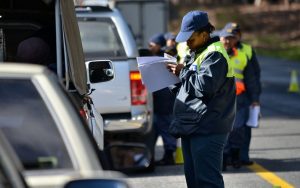 Everyone who possesses a driving licence or a motorcar will be disadvantaged as soon as President Cyril Ramaphosa ratifies the AARTO Amendment Bill that is currently lying on his desk.

This Bill, which has already caused a lot of criticism, is the government’s answer to the high number of accidents and fatalities that occur on South Africa’s roads every year. Experts however fear that it runs the risk of deteriorating into a disjointed, expensive administrative process that could eventually even cost you your driving license.

What does the amendment entail?

Firstly, the biggest difference is that with the new amendment traffic officers will no longer appear in courts for the infringement. The infringer will have to go through an administrative process and have to pay should he wish to make representations.

The second big change is the points-demerit system which can lead to the temporary suspension or cancellation of a motorist’s driving license due to repeated traffic infringements. This demerit system does not replace traffic fines, but points are imposed concurrently.

Thirdly, the Amendment Bill provides for infringement notices now being sent to an infringer via ordinary and electronic mail, instead of registered mail, as was the case previously.

How does the points-demerit system work?

Further criticism against the settlement procedure

A controversial element of this Bill is that traffic infringements will be placed in what Dr. Blade Nzimande, previous minister of transport, describes as an “efficient, stream-lined system” that will alleviate the pressure on the overloaded court system. This element is being widely criticised. Chris Hunslinger, MP for the DA in the parliamentary portfolio committee for transport, says, “It is a very one-sided process.” And according to Rudie Heyneke of OUTA, “it paves the way for corruption”.

Can you still dispute your fines in court?

No. The option to dispute prosecution in a court will, according to Justice Project South Africa (JPSA), no longer be available.

Can a person still make presentations against your fine?

Yes, but you will have to pay an administration amount to the Road Traffic Infringement Agency (RTIA) within 30 days, after which you can make a submission, which they will evaluate. If it is unsuccessful, you will have to pay the fine and all outstanding amounts before you can take out a motor vehicle license, or can renew your driving license.

Are demerit points still levied if you pay?

Yes. They are entered into a national register, and if you have not incurred a traffic infringement within three months, one demerit-point will be deducted against your name.

Bill is at fault

Howard Dembovsky, chairperson of the JPSA, is of the opinion that this new Act “is unconstitutional as it is based on the presumption of guilt”. Heyneke also feels that the Bill is at fault by removing motorists’ constitutional right to defend themselves when they are wrongly charged with a traffic infringement.

“Once they are caught up in the civil administrative system, they no longer have the same constitutional right as they would have had during a penal process, namely the right to legal representation and a fair trial.”

OUTA feels the amendment is aimed more at generating income than at promoting road safety. Layton Beard of the Automobile Association (AA) says they are not convinced the legislation is the answer to road fatalities and concurs that the emphasis falls on fund collecting.

How can OUTA fight this?

OUTA has been involved in the AARTO Amendment Bill since 2018 and made submissions to Parliament, the Council of Provinces, important role-players in the transport industry and at public meetings countrywide about the flaws and possible solutions.

OUTA’s own workshop in this regard was attended among others by the chief of the Tshwane Metro Police and the Johannesburg Metro Police. OUTA has also written to President Cyril Ramaphosa and requested a meeting before he signs the Amendment Bill. They hope to convince the President and his advisors to not ratify the Amendment Bill in its current form. If unsuccessful, OUTA will definitely oppose the proposed legislation with the necessary court actions.

You can also help

Support OUTA and help us fight the proposed amendment. A disjointed administrative process accompanied by high costs and expenditure and that does not promote road safety, cannot just be left as is.

Can maintenance be claimed if child is older than 18 years?