WerkNet
Your Family
Your Career
Your Health
Your Money
You and the Law
Occupational Guilds
Solidarity Youth
S-Leer
Home › Articles › Racist Remarks are Grounds for Immediate dismissal. 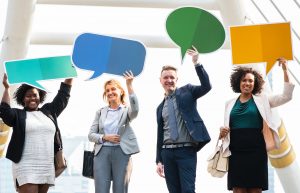 RACIST REMARKS IN THE WORKPLACE ARE GROUNDS FOR IMMEDIATE DISMISSAL

In the recent arbitration of Makhanya and St Gobain, the issue of racist remarks in the workplace came to the fore.

The arbitration was conducted under the supervision of the Bargaining Council for the Chemical Industry (NBCCI) with case number GPCHEM 367-18. The ruling was received on 25 December 2018.

The dispute about the dismissal of the employee was based on a racist remark the employee made against a colleague during a meeting where feelings ran high.

According to the employer, the employee addressed a foreman harshly by saying: “You rule with an iron fist, as if it was still the time of the Boers.”

A disciplinary hearing took place and the employee was dismissed because of an inappropriate race-based remarks in the workplace.

The employer believed the remark was racist and could lead to conflict in the workplace.

During the cross-examination, the employee alleged that his words cannot be regarded as racist because he addressed a black person.

The employee also alleged that there was a case of procedural unfairness regarding the dismissal, but that it is not important for the purpose of this article. The argument was in any case rejected by the Commissioner who handled the arbitration.

After testimony was heard, the Commissioner stated the following:

It was further found that the dismissal was fair, and a referral was rejected.

This case is once more confirmation and a strong warning to employees that any racist remarks are unacceptable in the workplace and can lead to immediate dismissal.

It is further positive that forums such as the bargaining council who heard this case follow the courts in their approach that any type of racism is unacceptable, whether white on black or vice versa and that the use of words like “Boer”, which is often abused by politicians, is also racist and reprehensible.