Regulations based on race is the new normal 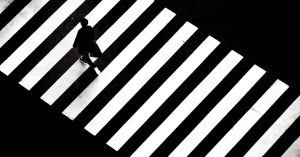 While Europe and the USA are almost literally burning about the debate on race, there is a country at the southern-most tip of Africa that is the most racially-regulated country under the guise of non-racialism.

In its concluding observations on the fourth to eighth periodic reports of South Africa[1] the UN Committee on the Elimination of Racial Discrimination raised, as one of its concerns, the fact that ‘the classifications used to gather statistical data are from the former Apartheid era’.

Of concern to the UN was the undeniable fact that our democratic dispensation from government at present, and private institutions (to the extent that they are forced to do so by consequence of legislation), still obliges South African citizens to be classified as either black, white, Indian or coloured.

The government may have abolished certain racial laws from our past, but they have created new racial laws and regulations, based upon the racial classification system created by the Apartheid government. This concern of the UN has to date, received no attention whatsoever by the South African government.

The South African racial laws have one common theme and that is to transform our society as a whole by imposing certain racial requirements and/or empowering Ministers and/or their delegates or employers and businesses to have a regard for race as a factor in some way or another.

What ought to be undebatable is the fact that these laws differentiate and or provide preference on the basis of race, and are at the very least racial laws. The consequences of the implementation and application of these racial measures have been accepted by the Constitutional Court to inevitably affect some members of the society adversely, particularly those coming from the previously advantaged communities[2].

Put plainly, the said racial legislation is not without consequence but affects members of society adversely. It infringes upon their right to equality, limits their prospects of employment and or continued employment, their appointment and or enrolment to certain bodies and institutions, and limits their prospects of doing business with the state or other businesses. The numerous cases of unfair discrimination already adjudicated by our courts confirm the aforementioned.

The members of society who are so adversely affected by these racial laws are required to accept their fate due to the legacy of Apartheid irrespective of whether they, during our racist past, received any measurable benefit[3]. In addition, our courts[4] have seldom come to the aid of those complaining about unfair discrimination brought about by the implementation of affirmative action measures.

Part of government’s greater scheme of transforming our society is the ideal of ensuring some or other level of racial representation within certain bodies, workplaces and or institutions. In an article written[5] by Professor Koos Malan nearly a decade ago he listed no less than 60 pieces of legislation in respect of which “representivity” is a factor to be taken into account in the appointment of one or other executive or administrative body.  The consequence of the aforementioned being that the race and or gender of those to be appointed must be considered to ensure that the body, in most instances, reflect some or other broader racial and gender demographic. The said legislation therefore turns race into a determinative factor, or at the very least a required factor, in respect of whether or not an individual will be appointed. The aforementioned legislation are the following:

As pointed out by Professor Malan the typical representivity provisions (racial requirements) require that the body in question when viewed collectively, must represent a broad cross-section of the population of the Republic. He then makes specific reference to the following legislation:

By implication the aforementioned legislation therefore requires from those implementing it to have regard to and provide preference on the basis of race, which as pointed out above have adverse consequences for certain individuals.

A non-exhaustive list of legislation or programmes which can be added to the aforementioned and which either empowers Ministers and those delegated in terms thereof to implement affirmative action measures (to provide preference on the basis of race) and or measures to transform (in a racial sense) a specific sector include:

Perhaps the most recent of actions taken by Ministers which required and or empowered them to distinguish prefer and provide preference to individuals on the basis of race are the directives issued by members of the Cabinet in terms of regulation 10(8), so issued by the Minister of Cooperative Governance and Traditional Affairs in terms of the Disaster Management Act. In terms of the aforementioned regulations each Minister were empowered to “issue and vary directions, as required, within his or her mandate, to address, prevent and combat the spread of COVID-19, from time to time, as required, including […] taking any other steps that may be necessary […] to alleviate, contain and minimise the effects of the national state of disaster”. The Minister of Tourism, and others like her, issued directives which made it clear that preference will be given according to race and BBBEE compliance levels.

If regard is paid to the aforementioned legislation and programmes, which we wish to reiterate is by no means an exhaustive list, it is evident that minorities in general as well as white South Africans specifically are adversely affected by legislation because of their race on a much broader scope than what the ruling party and many politicians wish the general public to believe.

The BBBEE Act and Employment Equity Act impacts most, if not all, businesses and or individuals seeking employment.

The BBBEE Act has seen the following sector specific codes or charters being adopted:

For all other sectors the generic codes are applicable whenever the BBBEE level of a business is relevant for determining whether a tender ought to be granted or business ought to be conducted with and/or would be beneficial due to BBBEE considerations.

In respect of the Employment Equity Act (No. 55 of 1998) the aforementioned legislation obliges all designated employers, being employers who employ more than 50 employees and/or who has an annual turnover exceeding that stipulated in schedule 4 of the Act, to implement affirmative action measures and to ensure that designated employees (all individuals excluding white able-bodied males and foreigners) to be “equitably” represented within the workplace. What exactly would pass as “equitable” representation has not been convincingly decided but from engagements with the Department of Employment and Labour and designated employers it is evident that the Department pursues representation in line with, at least, the regional economic active population. Each and every person applying for a vacancy at an employer with more than 50 employees will face this as one of their obstacles in obtaining employment based on their race. Whether you are rich or poor, whether you have been subjected to past racial discrimination and whether you are in fact in need of employment are all irrelevant factors.

We do not even attempt to address the racial policies adopted by other institutions such as Universities in their admissions criteria, skills development initiatives adopted by public and private companies, franchise opportunities provided by big corporations, or the JSE Empowerment Segment. It is safe to state that individuals’ race has become a determinative factor in all the aforementioned.

In South African you are obliged to classify yourself[7] racially. Your race will be a factor when you apply for admission to a University and whether you will be able to get a job. Your appointment to any executive and or administrative body, as referred above, shall amongst other things depend on the racial composition of the aforementioned. Whether you will be allowed to do business with the government, or obtain a license from government to operate a business, shall depend on your race and the racial composition of your workforce and the aforementioned shall also inform other businesses as to whether or not they should do business with you. Certain financial relief and assistance schemes provided by the government are reserved only for certain racial groups. Whether you will be allowed to represent your province and/or country in most, if not all, sporting activities shall to a large extent depend on the racial quotas or objectives determined for each of the aforementioned.

Race became the new normal so long as you call it non-racialism.

[3] A white male born an orphan in 1995 who received no advantage from the apartheid system will be treated the same as a white male born in 1955 who managed to, possibly, acquire his wealth due to that apartheid system. A “black male/fame” born in 1995 who were send to a private school and University and who has suffered no financial hardship due to our racist past shall be provided preference under these racial laws simply due to their race and they are more eligible for appointment and or admission than a white orphan borne at the same time.

[4] Some of these judgments include the following:

[5] Observations on representivity, democracy and homogenisation, journal for SALAW 2010

[6] Generally the BBBEE scorecard consists of the following elements: