WerkNet
Your Family
Your Career
Your Health
Your Money
You and the Law
Occupational Guilds
Solidarity Youth
S-Leer
Home › Articles › What is a relationship of trust and why is it important?

What is a relationship of trust and why is it important? 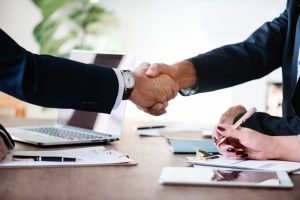 The employment relationship is mainly built on trust.

It is generally accepted that employees should act honestly and in the best interest of their employers. Therefore, trust is an important element to consider when deciding whether to continue the employment relationship should be continued with a dishonest employee.

Before an employer can justify retrenchment, he or she should be able to prove that the employment relationship has broken irreparably.

The Code of Good Practice in Appendix 8 of the Labour Relations Act, requires that employers to prove that the employee’s misconduct was of such a serious nature that the relationship of trust between the employer and employee broke down irreversibly.

In the case of Woolworths (Pty) Ltd v Mabija and Others (PA3/14) [2016] ZALAC 5; [2016] 5 BLLR 454 (LAC) the court confirmed that it isn’t sufficient for employers to make allegations of the irreparable breakdown of the employment relationship, but that the employer must provide evidence to substantiate these allegations.

In the abovementioned case, Mr. Mabija was appointed as controller and weekend manager. Mr. Mabija failed to move a trolley with perishable products to the cold storage room, and because of this the products spoiled. He was then retrenched because he failed to comply with the company’s policy.

A Commissioner of the CCMA has ruled that Mr. Mabija’s retrenchment was too strict and therefore not fair. The Commissioner also found that there was no evidence to prove that the relationship of trust had broken down.

The case was appealed and the judge confirmed that it isn’t necessary in all cases to provide proof that the relationship of trust has been irreparable broken. In some serious cases of misconduct, it goes without saying though. The case of Easi Access Rental (Pty) Ltd v Commission for Conciliation, Mediation and Arbitration & Others (2016) 37 ILJ 1419 (LC) was one of these cases where the seriousness of the offence did not necessitate proof that the relationship of trust has broken down.

In the abovementioned case, the employee was retrenched after being convicted of five charges of misconduct, including gross dishonesty and negligence. The employee, a payroll officer, disclosed sensitive information to a colleague.