WerkNet
Your Family
Your Career
Your Health
Your Money
You and the Law
Occupational Guilds
Solidarity Youth
S-Leer
Home › Articles › Representation during my hearing:

Representation during my hearing: 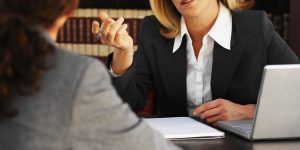 I have received a charge sheet stating that a union representative may represent me in my hearing. Does that mean that one of Solidarity’s litigants can represent me?

The Labour Relations Act (“the Act”) makes a distinction between a union official and a union representative. According to the Act, a union official is any person who is appointed by a trade union, while a union representative could be any person who is a member of a trade union and who has been elected by his/her fellow employees to protect their interests in the workplace. Such a person is commonly known as a shop steward.

The distinction between the two terms, therefore, is that a trade union official is an outside person who is employed by a trade union, and a shop steward is a fellow employee who is also a member of a trade union.

The right to appoint shop stewards is not every trade union’s due and it is one of the organisational rights trade unions regularly have to negotiate. Under the Act, a trade union that has the majority of employees in a workplace as its members is entitled to appoint a shop steward; such a person may then assist his/her fellow employees in grievances or disciplinary hearings.

The Act’s Code of Good Practice: Dismissal confirms furthermore that it is a requirement of a fair disciplinary process that any accused be entitled to receiving support from either a shop steward or a fellow employee.

The Act, therefore, makes no provision whatsoever for an employee to be represented by any outside person, a trade union official included, in a disciplinary hearing. Such representation can only occur with the express written consent of the employer.

At Solidarity we specifically require the employer’s written consent. Moreover, we require to be given notice of at least two weeks of the date of the disciplinary hearing so we can ensure that a litigant is available.