WerkNet
Your Family
Your Career
Your Health
Your Money
You and the Law
Occupational Guilds
Solidarity Youth
S-Leer
Home › Articles › Restraint of trade agreements,following dismissal 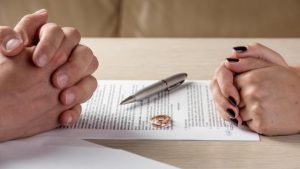 Restraint of trade agreements (referred to as “agreement” below) is becoming more frequent among employers in all labour markets. These agreements protect the interests of the employer, but they usually are detrimental to the employee.

To begin with, it is important to point out that these agreements do not form part of labour law but rather fall under contract law. Consequently, in any dispute the fairness and enforceability of the agreement will be considered rather than the process leading up to the agreement (reasons for termination of service).

Courts tend to determine whether the agreements are fair. In the appeal court case of Magna Alloys and Research SA (Pty) Ltd v Ellis it was found that an agreement will be valid unless it can be proved that the agreement is unfair. The court laid down the following principles:

In Ball v Bambalela Bolts (Pty) Ltd and Another it was also determined that the fairness of an agreement depends on a value assessment between the responsibilities of parties to adhere to their contractual obligations as opposed to the right of a person to be able to freely decide what occupation to follow. The agreement will be enforceable only if the employer has a protectable right that should be protected by law. The employer cannot use an agreement simply to prevent the employee competing with him.

The general opinion is that the courts focus on the fairness and the enforceability of agreements and not on the way the relationship between employer and employee was terminated.