Retirement age and the amending of it 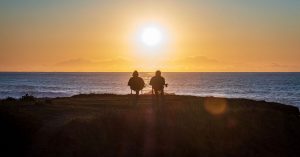 There is no law in South Africa that prescribes or determines a specific retirement age. However, the retirement age is regulated internally by employers through policies and general practice. Abovementioned can only be amended by an agreement between the parties. Furthermore, employees and employers can negotiate individually for early retirement. If the employee does not agree though, the employer cannot force and employee to take early retirement.

Section 6(1) of the Employment Equity Act (No. 55 of 1998) stipulates that no may be discriminated against based on any grounds, and one of these grounds specifically mentioned is age. Furthermore, section 187(1)(f) of the Labour Relations Act (No. 66 van 1995) determines that the dismissal of an employee based on their age will automatically result in unfair dismissal and that the Labour Court can award compensation of up to 24 months of the employee’s salary.

Section 187(2)(b) of the Labour Relations Act contains an exception to the rule and determines that an employee can be forced to retire if he or she reached the normal or agreed upon retirement age.

In Schweitzer v Waco Distributors (A Division of Voltex (Pty) Ltd [1998] 10 BLLR (LC) the court found that there are three questions that must be asked when someone is dismissed based on their age, namely:

If all three questions were answered confirming to be the truth, there are no grounds to refer the matter to the Labour Court.

In BMW (South Africa) (Pty) Limited v National Union of Metalworkers of South Africa and another [2018] JOL 40518 (LAC), an employee approached the court because she was forced to retire at 60 despite the fact that the employer’s policy at the time of the applicant’s appointment made provision for a retirement age of 65. However, the policy was amended to a retirement age of 60 years before her retirement. The employer agreed that the policy could not be amended unilaterally. Unfortunately, the employee could not prove that she did not accept the amendment and wanted to object to it. The employee only objected to the retirement age once she came close to retirement. The court found it unlikely and that it could not be proved that she objected to the changes when they were made, thus she accepted the changes and agreed to retire at 60. The employer, therefore had no remedy at her disposal.

The court dealt with the question of whether an employer can unilaterally change an employee’s retirement age in Legal Aid South Africa v Theunissen [2020] 4 BLLR 370 (LAC). The employee had an employment contract that included some policies. The retirement age was determined to be 65 in one of these policies. However, the employer amended this policy at a later stage and changed the retirement age to 60. The change was made after careful consultation with the representative unions and in line with the requirements as prescribed by the internal policies. The Labour Court found that the applicant had to be re-employed. However, the Labour Appeal Court set aside the ruling and found that the employer acted within its rights and that it was entitled to change the policy and lower the retirement age. Part of the reason for the decision was that the employment contract did not stipulate a specific retirement age and that it was regulated by the policies. The policies were adjusted after adequate consultation and thus were legitimate.

In Rubin Sportswear v SA Clothing & Textile Workers Union and others (2004) 25 ILJ 1671 (LAC), the court found that section 187(1)(b) established two grounds for terminating services based on age. These two grounds are the reaching of the agreed upon retirement age or the normal retirement age.

In Cash Paymaster Services (Pty) Ltd v Browne (2006) 27 ILJ 281 (LAC) the court found that there should be referred to a normal retirement age only if there is no agreed upon retirement age. Thus, the terms of the employment contract will prevail if there is a discrepancy.

In Botha v Du Toit Vrey and Partners CC (2005) JOL 15760 (LC) it was found that if there is a norm in the industry, the employer can be expected to retire at that age. In this particular case, it was found that the general norm in the municipal sector is to retire at the age of 65. If there is uncertainty, an expert can be called in to testify about the normal retirement age in the industry.

Is a will valid if signed by only one witness?

Is it fair to dismiss employee who was exposed to Covid-19?