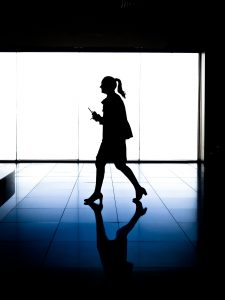 My employer is busy with retrenchments and has offered me an alternative job for the same remuneration. I heard that if I unreasonably refuse the alternative job I might lose my retrenchment package. I would like to know what is my legal position in a matter like this?

Section 41 of the Basic Conditions of Employment Act (hereafter referred to as “the Act”) stipulates that an employee who is retrenched, is entitled to one week’s salary for each completed year’s service. In addition, it also states that: “An employee who unreasonably refuses to accept the employer’s offer of alternative employment with that employer or any other employer, is not entitled to severance pay.”

Therefore, clearly the Act provides for an instance where an employee who refuses to accept an alternative job during a retrenchment process, could lose his or her remuneration package. The issue is whether the employee ‘unreasonably’ rejected the alternative job, because that will determine whether he or she is entitled to the severance payment.

In the matter of Astrapak Manufacturing Holdings (Pty) Ltd t/a East Rand Plastics v Chemical, Energy, Paper, Printing, Wood and Allied Workers Union [2013] 12 BLLR 1194 (LAC) the Labour Appeal Court looked at this problematic issue. In this matter the employer wanted to save costs and informed the employee’s that the shift pattern will change in such a way that they won’t have to work overtime anymore. A large group of employees wasn’t keen on this change and because of their unhappiness their trade union started with protest action. The employer then started to enforce the new shift pattern. The employees who accepted the shift pattern retained their jobs but those who refused was retrenched.

The employer referred the matter from the Labour Court on appeal to the Labour Appeal Court. This Court confirmed the following:

“An employee, who rejects an employer’s offer of reasonable employment for no sound reason cannot then claim severance pay. If an employer such as the appellant offers an increased amount or, at the very least, the same amount, viewed within the context of the specific conditions of employment that cannot on any reasonable basis be taken as more onerous than that which existed prior to the retrenchment exercise, and if an employee refuses to accept such an offer, that refusal is then unreasonable.”

The Court found that the 173 employees whose alternative offer would’ve caused that their basic salary would’ve been more than their salary before the retrenchment process, or whose salaries would’ve remained the same, has unreasonably refused to accept alternative jobs and wasn’t entitled to a retrenchment package.

Regarding the remainder of the employees whose salaries would’ve decreased between 1% and 30%, the Court found that some of these employees shouldn’t have lost their packages. In this regard, the Court stated the following:

“Although it is difficult to demarcate precisely when the offer can be refused by an employee without the danger of section 41(4) of the BCEA being invoked against him or her, in my view, once an employee is faced with a wage decrease, it cannot be said that he or she should not have the choice of refusing the offer and seeking employment elsewhere, notwithstanding the extremely difficult conditions which pertain to employment in general within the South African economy.”

Thus, it is clear from this matter that if an employee is offered an alternative to retrenchment at the same or an increased salary, and he or she refuses that alternative job, he or she will risk losing their retrenchment package.

Moving in together? Cohabiting vs legal marriage, property

Auctions – what you want to know

May I sell a house before the estate has been administered?