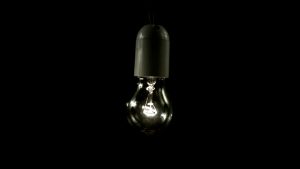 There is a lot of confusion regarding the issue when the owner of a property requests the municipality to suspend services on the property occupied by someone else.

The laws that protect occupants who reside on the property legally, for example with a lease agreement entered into with the owner, is contained in the Rental Housing Act of 1999. This act expressly specifies that it is illegal to deprive the lessee of the provision of services such as electricity and water on the property without a court order. It is important to remember that this act only provides protection for the lessee occupying the property by way of a valid lease agreement. The next act that should be considered, is the well-known PIE Act (Prevention of Immediate Eviction and Illegal Occupation). The PIE Act protects all occupants of residential property regardless of whether or not the occupant is legally on the property. This act specifies that a person may not be evicted without a court order to that effect. It is important to remember that both these acts were designed to give effect to the constitutional right to housing.

However, the PIE Act does not deal with the obligation of the lessor to provide a property with services or with any form of suspension. These aspects are regulated by the Rental Housing Act and the common law. The latter specifies that should an owner cut municipal services illegally it comes down to spoliation. This means the lessee had a right which the lessor has now taken away. The occupant will in such a case have the right to obtain a court order to immediately have the provision of those services reinstated, regardless of whether or not he is entitled to receive the services.

The act therefore frowns on the lessor who in such a case takes the law into his own hands. Any conduct that deprives the occupant of basic municipal services without permission and without a court order, is views as taking the law into your own hands.

The purpose of the spoliation application is to reinstate the occupant’s services until the dispute between the lessee and the lessor has been settled. The lessor must first obtain a court order to evict the lessee or to compel him to pay, before the services may be suspended.