WerkNet
Your Family
Your Career
Your Health
Your Money
You and the Law
Occupational Guilds
Solidarity Youth
S-Leer
Home › Articles › Stopping someone who owes me money from leaving the country?

Stopping someone who owes me money from leaving the country? 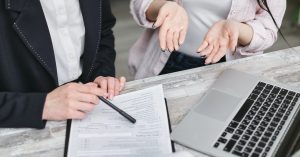 There used to be a procedure in South Africa known as arrest tanquam suspectus de fuga for arresting and detaining a person pending an application for security for debt.

In the case of Malachi v Cape Dance Academy International (Pty) Ltd and Others 2010 (11) BCLR 1116 (CC) the Constitutional Court dealt with the question whether you could arrest a person to prevent him from leaving the country if he is indebted in South Africa.

At that stage section 30 of the Magistrates Court Act authorised the granting of an order for the arrest and detention of a debtor if the creditor had reasonable grounds to suspect that the debtor was on his way to flee South Africa, thus avoiding payment or the recovery process.

Malachi was an exotic dancer at the Cape Town Dance Academy. She wanted to return to her native country Moldova, but in terms of her contract with the academy she first had to discharge certain obligations regarding the academy’s expenses in getting her to South Africa. The academy claimed that she owed the company money and applied to the magistrate’s court for an order that she be arrested in terms of the above-mentioned section 30. The application was granted by the magistrate’s court and Malachi was arrested.

Malachi then applied to the supreme court, claiming that section 30 was unconstitutional. The supreme court granted her application and referred the matter to the Constitutional Court for confirmation. The judge of the Constitutional Court then granted an order and confirmed that the provisions were indeed unconstitutional. The judge held that arresting a person did not necessarily make it easier to recover the debt and the question of whether the person was in South Africa was not important in the event of execution against the assets. This provision affects a person’s right to freedom and the consequence of imprisonment was degrading and could not be repaired. According to the court it was unthinkable that the imprisonment of a person could ever be justified in a case where the court had not yet determined whether the money was indeed owed or not.

A creditor can therefore not prevent a debtor from leaving the country. The normal debt collection process has to be followed regardless of whether the person is in South Africa or otherwise.