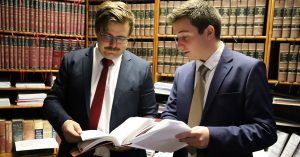 In a recent case a woman landed in trouble because of a false charge of rape against her husband. The man was arrested and detained for 18 days before his alibi could prove that he was not at home when the alleged rape took place. The charge was withdrawn a year later. A few years after the arrest the man approached the supreme court and claimed compensation from his ex-wife in the amount of R500 000 for malicious prosecution and slander, and he also took action against the Minister of Safety and Security for the unlawful decision to prosecute him.

The man appealed to the highest court of appeal against the verdict. The issues before the court were, inter alia, whether the woman acted without reasonable and probable grounds for the criminal charges and whether the man’s arrest and detention was unlawful.

The majority of judges in the appeal court found that the woman could not escape liability for her actions and she was therefore liable for the damage especially in view of the despicable crime she accused him of without reasonable proof.

The man’s claim against the Minister of Safety and Security was also upheld, but not for the full 18 days that he was in detention, but only as far as his arrest and detention were unlawful from the moment that his alibi was confirmed until he appeared before the court. The Minister was also instructed to pay 50% of the man’s appeal court costs.

However, his claim against the National Prosecution Authority was dismissed.

The false accusations cost this woman dearly. Make sure of the facts before you denounce somebody and accuse him of a crime.