The dangers of Sexting 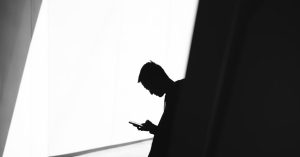 According to the Kinsey Institute more than one-third of the South African population have cell phones but unfortunately 77% of the cell-phone population do not use their cell phones for phoning or texting only, but for sexting as well. Especially our teenager population get caught in the snare of sending explicit photos of themselves to other people without really understanding the dangers that go with it.

From research by Bassoon and Chetty in 2006 it appears that 64% of adolescents between the ages of 13 and 17 years are exposed to pornographic images on the internet – mostly inadvertently – and although the mass media is blamed for adolescents’ texting tendencies, it is rather the changed social norms and peer pressure from classmates that draw adolescents into this net and not the faceless villain on the web that lure innocent children.

Texting is more prevalent among girls than boys because girls are under more pressure from boys to send photos. It is regarded as fun or flirting or as a way of sending their boyfriend a special sexy present. The media is also prescriptive about masculinity, femininity and sexuality, and the sexualising of girls results in girls being appreciated because of their sexuality. Teenagers are also living in an intensely visual culture that places a premium on beauty, glamour and attractiveness, while boys are under pressure to embody masculine bravery, wealth and sexual skill if they want to acquire social status. Therefore, to establish a place in this hierarchy, it means collecting nude photos and bragging about conquests.

What does the law say?

People involved in sexting activities should take note of the fact that they are involved in the creation, possession and distribution of child pornography, which is a punishable crime. Adolescents may see texting as fun, but the consequences are serious. Many a teenager is unaware of the criminal implications of texting regardless of the fact that consensual sex between adolescents between 12 and 16 years are not criminalised, but where an explicit photo is created or where an  adolescent is in possession of such a photo or distributes it, they can be charged for the possession and distribution of child pornography and their names entered in the NRSO (National Register of Sex Offenders). Any sexually explicit images sent or received by any person under the age of 18 years is classified as pornography. Furthermore, learners who know of such content on their friends’ cell phones are obliged to report it or run the risk of being charged as an accessory in a child pornography case.

In terms of the Films and Publications Amendment Act of 2019 a person who is guilty of revenge pornography can be sentenced to two years imprisonment and/or a fine of R150 000 if the victim is unidentifiable, but when the victim is identifiable in any way, for instance by a tattoo or a birthmark, the fine and the imprisonment are doubled.

The dangers of sexting

Adolescents are not aware of the fact that they leave a digital footprint that could continue to exist in cyberspace indefinitely. A person’s sexting history could hold unexpected career or study implications when employers and academic institutions do electronic screening of prospective candidates’ online history.

Wat do you do if you or your children are victimised?

Do not delete the messages but take screenshots of the messages from the bully or blackmailer because they could serve as evidence in a court case.

Immediately contact a legal expert. Get legal help and find out what your options are.

Report the matter to the police and get a case number.

Report the blackmailer to the social platform on which they contact you.

Get counselling because this is a traumatic event.

How do I protect myself?

Rather avoid contact online with strangers. Also do a Google search of their names and if possible their profile photos too because culprits sometimes use other people’s profile photos. Do not share explicit photos of yourself.

Point out to your child the psychological damage and direct legal dangers of sexting even if you know your child is not involved in something like this.

Think before you press the send button.

The prevalence and characteristics of sexting behaviours among adolescents and adults in Cape Town, South Africa

Sexting is no Joke

The dangers of Sexting in South Africa

Report on internet usage and the exposure of pornography to learners in South African schools. The Film and Publications Board.