WerkNet
Your Family
Your Career
Your Health
Your Money
You and the Law
Occupational Guilds
Solidarity Youth
S-Leer
Home › Articles › The new debt relief bill: How does it affect you?

The new debt relief bill: How does it affect you? 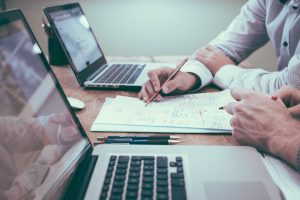 The new debt relief bill signed by President Cyril Ramaphosa in August is aimed at protecting low-income earners. Experts warn, however, that it could hold a financial risk for the economy and consumers.

Although the basic principle of offering poor South Africans some debt relief is welcomed, Cas Coovadia, managing director of the Bank Association (Basa) is of the opinion that the government should have looked at a more inclusive way for offering the relief.

Coovadia maintains that the amendments to the National Credit Act cannot be a sustainable measure for debt relief because it does not maintain a balance between the rights of consumers and credit providers. Treasury, however, calculates that the new act will bring billions of rands’ debt relief.

Who will be helped?

The new bill gives the national credit regulator (NCR) the right to write off unsecured debt to the amount of R50 000 if it is found that consumers with critical debt does not earn more than R7 5000 a month.

The unemployed and people who earned less than R7 500 over the preceding six months may apply for short-term debt of R50 000 or less to be written off.

The act also allows the Minister of Trade, Industry and Competition to seek relief for sectors affected by natural or economic disasters. It also specifically targets relief for households headed by children, handicapped people and women.

This is how it will work

The act allows consumers burdened by debt (and who are entitled to debt relief) to apply for debt relief to:

These interventions will be possible only if all existing debt-relief options have been exhausted. Consumers must also realise that, the moment they accept such interventions, they will not qualify for further credit for a certain period of time.

Basa’s economic impact study (which involved the Department of Trade and Industry, who initiated the bill), found that banks would either have to provide for higher risks or avoid loans to low-income clients.

“Banks are obliged to protect the savings and investments of depositors, workers and undertakings. Banks use depositors’ money for lending out and cannot lend people’s money out if they are not sure that the loans will be repaid,” says Coovadia.

This can stifle consumer spending, with a devastating effect on our already critical economy. According to Coovadia Basa’s petition to Pres Ramaphosa not to sign the bill in its present form fell on deaf ears.

The bill was also opposed by clothing retailers who do give credit because it could encourage the bad behaviour of borrowers. The DA’s spokesperson on trade and industry, Dean Macpherson, warns that this could whet low-income earners’ appetite  to incur more debt without the intention to ever repay it ─ as long as it stays within the legal debt threshold. This could create a massive moral danger.

Since the legislators began to investigate debt exemption in 2016 short-term credit, the kind of credit most commonly relied on by the poorest lenders, decreased from 3,64 billion in the last quarter of 2015 to 2,27 billion in the second quarter of this year. This according to data provided by the South African National Credit Controller (NCR).

This could mean serious problems for some families in a country with an unemployment figure of almost 30% in the midst of slow economic growth, rising cost of living and millions of people who do not have enough to live on. According to the financial inclusion organisation FinMark Trust approximately one third of the population depend on loans for requisites such as food.

Loan sharks are going to thrive

With the new legislation comes the danger that some people will turn to the informal sector ─ a sector dominated by a large network of illegal loan sharks, also known as  mashonisas. This is the opinion of Coovadia as well as of bank managers and some debt counsellors.

The payday lender Wonga’s research shows that mashonisas are widely used and that it would be naïve to think that consumers who need cash will not use them. Mashonisas, who in general charge interest rates as high as50% and sometimes use violence to get their money back, will thrive in a lending environment like this.

A will must be correctly drawn up if minor children inherit

What happens when a testator’s latest will cannot be found?

Am I obliged to help the police in their investigations?