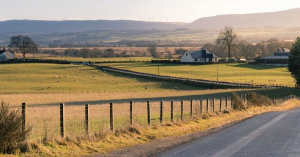 His article deals with the duty of the Department of Public Works, Roads and Transport to properly maintain and repair our public roads.

We will look specifically at the verdict in the court case Agri Oos-Kaap & andere v LUR van die Departement van Paaie en Openbare Werke & Andere [2017] 2 All SA 406 (ECG) . In this court case an application was brought for a structural interdict against the Eastern Cape Department of Roads and Public Works. The applicant conducted the application on behalf of its members, which included the vast majority of the Eastern Cape farming community.

The applicant requested the Department to advance a proper plan for the repair and improvement of the provincial and all the farm roads. The problem with the provincial roads lasted more than 20 years. There had been many meetings between members of the farming community and the Department regarding the condition of the farm roads, but none of the meetings yielded any results.

Agri Eastern Cape relied on the Eastern Cape Roads Act (Act 3 of 2003). This act stipulates inter alia that the MEC may protect and repair a public road and also that he or she has an obligation to provide and maintain infrastructure in respect of roads.

The Department, on the other hand, argued that the roads could not be repaired due to a lack of funds. They also argued that the word “may” used in the Act did not oblige them to repair the roads and that they only do it if funds are available.

The court decided that Agri Eastern Cape be granted the interdict, with the result that the Department is obliged to repair the roads.

The judge held that there was a constitutional basis on which the interdict was applied for. According to the judge the Department is the only institution that can be held responsible for the repair of roads in South Africa, as laid down in the Constitution. Lastly the court was of the opinion that the Department’s argument about funds did not hold water and could not be supported owing to the fact that the MEC was the only body who was obliged to see to it that the roads were properly maintained and the state must see to it that it was properly budgeted for every year.