Unrest before the election 2019 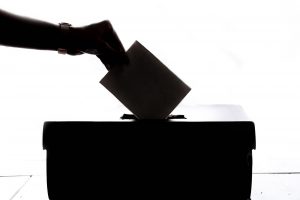 As determined by President Ramaphosa, and approved by the fifth parliament after 1994, there will be a general election on 8 May 2019. A sixth parliament will be sworn in shortly after the election.

Currently, more incidences of unrest occur currently as we approach the next general election, as was the situation in previous election years. However, the question is whether this unrest is political of nature and whether it is really about poor service delivery. The effects of the lost decade under Jacob Zuma, which has been described as such by several senior politicians nationally and internationally in public, are seen in the many occurrences of unrest due to poor service delivery. The hope of millions of South Africans to have a better life after 1994, has been shattered. Growing poverty, unemployment, and destruction of semi-state organisations which happened on an unbelievable scale, have had devastating negative effects on all the citizens in the country. Incidences of racism are at the order of the day and it is of great concern that the nature of these incidences are becoming worse and that polarisation between white and black is increasing. Maybe there is some form of justification for people who have not experienced a better life after 1994. The associated violence and destruction of property are, however, disturbing. This violence and destructive behaviour can never be justified, and other solutions must be found where the grievances can be lodged.

It is true that most of the unrest and protest actions are done under the banner of poor service delivery and then there is ample opportunity for some political parties to misuse these situations to their benefit. Some part of poor service delivery receives much more attention before an election and then the question arises whether the one political party is not exploiting the voters to enhance their own images. There is also another question: Are the accompanying violence and destruction of property justified by unrest actions which could have been more peaceful at another time?

The impact on schools, clinics, police stations and other types of infrastructure which is destroyed are experienced over a much longer period as only the period around the election and must be disapproved of very strongly. The political party or organisation responsible for organising the unrest or protest action must be held accountable.