WerkNet
Your Family
Your Career
Your Health
Your Money
You and the Law
Occupational Guilds
Solidarity Youth
S-Leer
Home › Articles › What can shop owners do when beggars harass their clients? 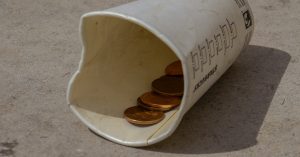 It often happens that homeless people beg outside shopping centres.

These homeless people are also inclined to harass and even intimidate clients. As a result of this shop owners lose customers. What can the owner of a centre or shop do? May he forbid these beggars to enter his centre or stand outside his shop?

The facts of the case are as follows: The Waterfront obtained an interim order against two homeless people in terms of which these two homeless people were forbidden to enter the Waterfront premises, to harass and cause damage to visitors to the Waterfront, and to assault, intimidate or threaten any worker of the Waterfront, and it was further ordered that should they fail to obey this order the court could be approached on the same documents to make an order of contempt of court. The transgressors can then be fined accordingly or even be imprisoned.

On the return day on which the above-mentioned interim order would be made a final order the Waterfront asked that the homeless ones be forbidden to beg at the Waterfront. The court declined this application and held that it would amount to discrimination on the basis of the fact that they were poor. The court further held that begging leads to tension between people’s right to life on the one hand, and to the right to property on the other hand. According to the court a person’s right to life and human dignity are the most important of all human rights and business people’s right to property would not stand against these rights. Discrimination with regard to poverty would further lead to discrimination on the grounds of race, which is also forbidden by the Constitution.

The Waterfront’s case was based on the fact that they, as owners of the Waterfront, had the right to forbid these two troublemakers access to their premises. The Constitution also protects the rights of the owner of fixed property. Upon this the judge held that the Waterfront was an area visited by the public regardless of whether or not it was their intention to do business there. As a result of the extent and location of the area the Waterfront was virtually a suburb of Cape Town and for that reason totally different from a small shop or restaurant. Should people be forbidden to enter these premises it would amount to encroaching upon those people’s right to freedom of movement.

However, the court held that the most important objective of the application was not to forbid the two homeless people entrance to the premises but to forbid them to act wrongfully on the property of the Waterfront and therefore the court felt that the owner was entitled to ask for an order to stop the homeless ones from acting wrongfully. Such an order against unlawfulness could be made without encroaching upon the right of the beggars. They were therefore forbidden to act in ways that would prejudice the rights of the owners. In terms of this the court extends help to the shop owners and made an order with the following terms:

Shop owners therefore have a remedy by approaching the court for the same legal help as that given in this court case.